The Moon’s ingress into adventurous Aries (2:50 am EDT) encourages us to take on more risk, or at least try some experimentation, especially since the Moon is also conjunct daring, innovative Uranus (9:00 am EDT) a planet known for “breaking the rules” and testing the limits. Accordingly, a good morning to perhaps deviate from our daily routines, or maybe challenge ourselves to fashion new responses as a way of stretching our wings and seeing what’s possible.

The Moon’s potent square to reforming Pluto in Capricorn (12:38 pm EDT) also helps to heighten our awareness while simultaneously powering our emotions. With Moon-Pluto, we tend to feel things more deeply, however, we are also more prone to extreme behavior which could sabotage our own self-interest, if we’re not careful.  Too, we will want to avoid power struggles with this influence and aim for cooperation instead.

Additionally, Moon-Pluto is good for detective work, especially since we also have intellectual Mercury still trining Pluto which can make us aware of hidden elements. Moon-Pluto is also perfect for pruning away or recycling whatever is no longer needed (including undesirable habits), or for busying ourselves with refurbishing projects.

“Nature often holds up a mirror so we can see more clearly the processes of growth, renewal and transformation in our lives.”  Unknown source.

Disclaimer: For entertainment purposes only. The information and data contained on and through this site is to be treated purely for your entertainment purposes only. Any prediction or other message that you receive is not a substitute for advice, programs, or treatment that you would normally receive from a licensed professional such as a doctor, lawyer, mental health professional, or financial adviser. Cosmic Life Coach Astrology Blog and Patrice Thompson provides no guarantees, implied warranties, or assurances of any kind, and will not be responsible for any interpretation made or use by the recipient of the information and data mentioned above

“Life’s challenges are not suppose to paralyze you, they’re suppose to help you discover who you are.” Bernice Johnson Reagon

Mixed bag of nuts today. We have the potent “Mars square Pluto” aspect exact (4:36 pm EDT). This influence has been applying for the last several days. Mars, ruler of our self-assertion and drive, can passionately empower us to take on formidable challenges, when aligned with intense, controlling Pluto. Mars-Pluto is perennially linked with wanting to wield power and influence in the world. (Oprah Winfrey has this aspect exact in her personal horoscope.) We need to make sure, however, that we don’t overtax ourselves or surpass our limits with this aspect. Too, we would be very wise to avoid power struggles, shoving matches, taunting behavior, etc. On the shadow side, Mars-Pluto can awaken and unleash our “inner bully.”

Mars-Pluto can also be “very transforming” energy, with Pluto ruling regeneration. Again, as I mentioned the other day in my blog on Pluto stationing retrograde, this is an excellent time to “wipe the slate clean” and  to purge or eliminate what isn’t working in our lives.

Retrograde Mercury, ruler of our thoughts, is also back into an exact conjunction with “optimistic” Jupiter (11:59 pm EDT), ruler of philosophy and our higher beliefs and vision, academia, long-distance travel. On the plus side, the Mercury-Jupiter influence can make us more enthusiastic and upbeat, more high-minded in our thinking (a nice antidote for the Mars-Pluto “bully” mentality). Mercury-Jupiter is also an excellent time for writing.

The shadow side of this same aspect is we can become too boastful or arrogant (Jupiter). Too, with the Mars-Pluto aspect as a backdrop, this is probably not a good time to get into arguments over philosophical (Jupiter) differences, as they could very well escalate. Also, if we have any public presentations or speeches (Mercury) to make, we will want to make sure that we have “all the facts” straight ahead of time (Mercury-Jupiter tends to exaggerate), in case we later get “called on the carpet” (stickler Pluto). However, if we do diligently cover our bases, we could be very compelling and persuasive as a speaker (or writer) now, especially if we sprinkle in some of the famous “Jupiterian” humor.

BTW, do you think you have a good sense of humor? May want to check out the positioning of Jupiter in your chart and see how it’s linked up to the personal planets (Sun, Moon, Mercury, Venus or Mars; or the Ascendant; or 3rd or 9th houses) for further astrological insight and confirmation. We mentioned Oprah Winfrey earlier, she also has her Mercury (communication) trine Jupiter in her horoscope, so she has no problem seeing humor in things. Too, that endows her with natural ability to make people laugh. (Mercury-Jupiter is also the hallmark of a teacher or preacher.) Comedian David Letterman (who has a birthday tomorrow) also has his Mercury exactly trine his natal Jupiter. David is also a writer and that is excellent for that outlet. Funny man, and also writer, Woody Allen, has his Sun conjunct Jupiter, a similar influence-type influence, as does James Garner, who I have always regarded as very funny.)

“A sense of humor… is needed armor. Joy in one’s heart and some laughter on one’s lips is a sign that the person down deep has a pretty good grasp of life.” Hugh Sidey

In the News: With the potent “game-changing” Mars-Pluto aspect exact today, fascinatingly, one of the news headlines this morning is about President Obama’s big “press conference” that is slated for this Wednesday. Obama will be unveiling his package of proposed spending cuts for the future, including proposed cuts to Medicare and Medicaid, and changes to Social Security, in a bid to tackle this nation’s deficit crisis (Pluto rules debt). Higher taxes (ruled by Pluto) are also reportedly going to be proposed for the wealthy. (Wall Street Journal)

In announcing the details of his press conference, President Obama is also effectively “transforming” his image (the “reforming” Mars-Pluto energy) to a certain extent, by letting it be known that he is planning on shifting his policies around. Sometimes, too, with Mars-Pluto, we also suffer a “fierce backlash.” Surely there will be factions (the far left? the elderly?) who will not be pleased with his proposals. 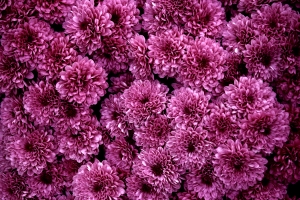 “Love is a fire.  But whether it is going to warm your heart or burn down your house, you can never tell.” Joan Crawford

The calendar may read “September 25,” but in reality things may seem a little more like “Halloween” with the Illuminating Sun in “Romantic” Libra square to that scary, “Dark Bogeyman” Pluto in “Skeletal” Capricorn.

Whenever Mysterious Pluto is in the picture, we tend to meet up with “an implosion” or two, experience a “toppling” of some of our expectations, sometimes out of nowhere. In other words:  The bag of candy we have innocently collected, going door to door, may contain a few tricks. So beware!

With Pluto in “Career” Capricorn, too, it could very well be that our “professional ambitions” may be where we see some “battle” or “reconfiguration” taking place today. Also, keep in mind: This is probably not the best day to deliberately provoke power struggles with higher-ups.  Or, force co-workers to follow our own “selfish agendas.” (Pluto often makes us tyrannical and non-cooperative, so we may need to correspondingly “temper our impulses” to preserve the peace.)

Additionally, with the Sun stationed in the “partnership sign” of Libra, romance could also get a little spooky. Especially when our partner takes off his or her mask, for the first time, and we see them as they really are. (OMG!!! “Honey, please do me a favor, and put your mask back on, right away!!!” I had no clue, all these years, about any of this!!! Who, what did I marry??? Is it still too late to pick what’s behind door number three instead?)

Pluto’s ray often does expose us “to the truth.” What was previously hidden, or submerged, is now brought out into the light of day.  On the plus side, Sun-Pluto days can be very “healing” and “transforming” because in wake of “discovering the truth,” or, in some cases, “baring our souls,” we often feel “freer.” More genuine. Sun-Pluto is synonymous with the “purge process.”

It may additionally be interesting to see the kinds of things going on in the collective today. Look particularly for notable, life-altering “dramatic revelations,” “coup d’etats,” “historic, transforming firsts.” Also, spy stuff could again figure promimently.

In lieu of this “purge-type” energy today, now is a good time to engage in various “de-cluttering” tasks. For instance, we may want to go through the clothes closets and pitch or donate to charity what we no longer need. Or, go through each room and rid ourselves of objects or pieces of furniture that may be “weighing down” a room’s rhythm or vibration. Maybe work in the yard doing some weeding, or aerating, readying the earth for “new growth” in the future. At its noblest expression, “Sun-Pluto”  symbolizes “rebirth” and “rising victoriously” from the ashes.

The Moon wraps up her stay in “Just Do It” Aries with some easy aspects to Creative Neptune (9:12 am EDT), “Expansive” Jupiter (12:02 pm EDT) and “Humanistic” Aquarius (12:15 pm EDT) before descending into “Practical, Slower-Moving” Taurus (4:17 pm EDT). The Taurus Moon will also form an insightful trine to Pluto at (9:49 pm EDT) accentuating today’s “awakening” vibration.

The  Thanet Wind Farm, the world’s largest offshore (Piscean) wind farm, opened Friday off the southeast coast of Thanet district in Kent, England. Notable here, from an astrological perspective, is the tight “Jupiter and Uranus” conjunction in Sea-ruling Pisces. Uranus rules technological and scientific advancement (the wind farm) and Jupiter is associated with making things “larger.” The project will reportedly make a pivotal contribution to the Government’s renewable energy goals.

The Gap Band You Dropped A Bomb On Me YouTube Video