“Never complain of that of which it is at all times in your power to rid yourself.” Adam Smith

The Moon spends another full day in active Aries, this Saturday, so anything that has a physical element to it gets a nod, if you’re up to it, that is. Also, this morning is an excellent time for any decluttering or refurbishing projects, especially on the homefront, as the Aries Moon is forming a square to eliminating and rebirthing Pluto (11:56 am).

On a personal note, the other day while I was cleaning out a small storage cabinet that I hadn’t looked inside for ages, I found several brand new items that I had no memory of ever buying. It was a little bit like embarking upon the thrill of the hunt! Unfortunately, though, I didn’t locate any misplaced, winning lotto tickets. 🙂 You sometimes hear about people doing that. Finding a ticket worth millions of dollars underneath an old girdle in a drawer. Or maybe under a pair of holey socks. You also gotta’ wonder, if you’re into astrology, what in the world did they have in their horoscope at the time they discovered the ticket? Maybe an aspect to Pluto? Pluto is associated with hidden treasure and excavation. Then, too, when you pair Pluto with Jupiter, that’s often when you stumble upon real mega-wealth!

Now, as fate would have it, would you believe that the Moon’s last major aspect in Aries today, before going void, is actually a trine to lucky Jupiter in Sagittarius ( 12:14 pm)? Could it be that we’re all on the edge of victory here??? That all we need to do is summon our inner Sherlock Holmes and, instead of heading for the hills, head for the drawers? As corny as that sounds.

The darn thing has gotta’ be around here somewhere! … 🙂

This Day in History: On March 9, 1776, the influential economics book “The Wealth of Nations” by Scottish economist and moral philosopher, Adam Smith, was published. This classic book offers, among other things, one of the world’s first collected descriptions of what builds nations’ wealth (Wikipedia).

In the sky on the date of the book’s publication, analytical Mercury was retrograde in creative Pisces (just like it is now) and had just separated from an exact square to philosophical Jupiter in information-oriented Gemini, a sign which is also ruled by Mercury. Mercury and Jupiter, of course, both govern our writing, thoughts, and ideas. Too, when these two planets are paired together is when you often will find more voluminous or comprehensive types of writing on a subject. Additionally, Jupiter is also the “wealth” planet and rules the world’s financial systems.

“Man is an animal that makes bargains: no other animal does this – no dog exchanges bones with another.”  Adam Smith 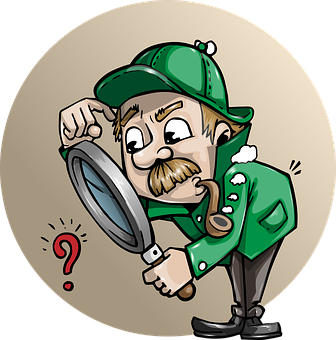 Kitty Kelley’s 544-page unauthorized biography of television icon, Oprah Winfrey, is slated to be released by Crown Publishing tomorrow (April 13).  Kelley reportedly conducted 850 interviews during her three years of research for the book. More than 500,000 copies of the first printing have been ordered.  Kelley’s other celebrity books have all been best-sellers, including her biographies on Elizabeth Taylor, Nancy Reagan, and Frank Sinatra.

In Kelley’s horoscope now (DOB 4/4/42 at 5:00 pm Spokane WA) she has transiting Saturn conjunct her natal Neptune in her first house of new beginnings.  Saturn represents worldly achievements while Neptune has to do with our fantasies and dreams. This planetary pairing, at its most optimum manifestation, can symbolize the “realization of a dream.”  The shadow side of this aspect, however, can signify a period that can also be ego-denying (Neptune) in various regards.

For example, sometimes with Saturn-Neptune we may do something noble but then fail to get proper credit or attention for it. Or, perhaps our efforts on a project are misunderstood or become misrepresented by others. Such is the nature of Neptune. It  characteristically dissolves or confuses aspects of structures that we have carefully erected, mainly as a way of keeping us humble.

We all go through Neptune periods. They are never easy, but on the positive side, they can help foster a more spiritual view on things, as we begin to realize the fleeting nature of life on the earth plane. Neptune, at its highest vibration, represents our link to the Divine.

Since Kelley has Neptune in her first house, to begin with, she is also probably accustomed to being a little “out of step” with the rest of the world, as well as perhaps use to having her intentions not always fully understood by others (the first house is how others see us). Neptune often puts a veil of illusion or mystery around things that it touches, so sometimes when it is on the Ascendant it is harder to see through to the true essence or modus operandi of individuals who have it there.

Additionally, Saturn’s transit through the first house (which Kelley also has now) is often a time when we have to “go it alone.” The resources at our disposal are often diminished, so we have to be wiser or more judicious in the use of our energies and also more disciplined in our focus. Also, Kelley presently has Saturn opposing her Mercury (communication), an influence that can be restrictive or limiting for speech and communication matters, which is probably why she is reportedly getting a cooler reception from some members in the media regarding promotional interviews for her book. With Saturn-Mercury, too, our ideas and thoughts (Mercury) are often subjected to unrelenting criticism or rebuke (Saturn).

On the plus side, however, Saturn will soon be harmoniously trining both Kelley’s natal Saturn and Uranus conjunction in her ninth house of publishing, which should be a very positive influence for her new book in terms of sales.  The Saturn trine to its natal position usually rewards us materially for our past efforts.  Kelley’s natal birth chart, too, has many planetary aspects that suggest material success as a writer. Most notable is her Mars and Jupiter conjunction in the communication sign of Gemini.  She has this conjunction  exactly on her 10th house of career.  Jupiter rules writing and Mars denotes what we are passionate about and when these two are aligned, there can be a passion and flair for words and communication.

Meanwhile, Oprah Winfrey (DOB 1/29/54 at 4:30 am Kosciusko MS) presently has transiting Pluto sitting close to her 29 degree Sagittarius Ascendant. Pluto on the Ascendant or first house can be very transformational and life-changing. Pluto symbolizes the urge for rebirth. Winfrey has already set into motion major changes in her life, under Pluto’s ray, including announcing that she will be leaving her syndicated daily TV show and most recently sharing that she is going to be hosting a new nightly TV show, in the future, on her own network.

Ironically, Pluto also rules secrets and mysteries (as the natural ruler of the eighth house and the sign of Scorpio). With Pluto on Winfrey’s first house of personality now, the stars suggest that it could very well be that we will be privy to finding out some new personal things about her. Pluto’s influence often acts in such a way that it brings to the surface what has previously been hidden or buried. Pluto’s presence here could also be indicating the attempt by Kelley to find out hidden things about Winfrey to share with the public, as it is the nature of Pluto to probe and inquire.

The higher spiritual function of Pluto is to serve as a purging agent, ridding us of elements that are no longer needed or that we have outgrown, that are keeping us from evolving. Winfrey may be trying to free herself of structure now that she has moved beyond.

Winfrey’s horoscope also suggests that she is by nature a more private individual as she has her assertive Mars in secretive and more controlling Scorpio.  It is additionally exactly square to her natal Pluto in Leo, often a potent aspect for success because  it shows unyielding drive and an indefatigable spirit.  Pluto denotes the urge for power and control, and combined with Mars, ruling the aggressive urge, individuals with this aspect can often end up assuming positions in which they wield a lot of authority. Her Pluto is also in Leo, ruling entertainment, the arena in which she has amassed her power.  The shadow side of Mars-Pluto is these individuals often have to be very careful not to misuse their power or manipulate others for their own selfish gains.

Interestingly, both Kelley and Winfrey have several astrological traits in common, including both have the Moon in Sagittarius, making them naturally adventurous and risk-takers, as well as being deft at conversation. Both also have Jupiter in the sign of Gemini, at 16 degrees of that sign, which is very ironic for both of them to have that planet at the very same degree.  Jupiter shows our talents and gifts, and what we are good at, and Gemini (as stated earlier) rules communication.  Winfrey has used her Jupiter, of course, to become a television talk show icon while Kelley has used it to become an iconic figure in the the world of celebrity biographies. In a way, similar destinies.

For entertainment purposes only. The information and data contained on and through this site is to be treated purely for your entertainment purposes only. Any prediction or other message that you receive is not a substitute for advice, programs, or treatment that you would normally receive from a licensed professional such as a doctor, lawyer, mental health professional, or financial advisor. Cosmic Life Coach Astrology Blog and Patricia Thompson provides no guarantees, implied warranties, or assurances of any kind, and will not be responsible for any interpretation ma