“You are not the victim of the world, but rather the master of your own destiny. It is your choices and decisions that determine your destiny.” Roy T. Bennett

Animating Mars enters the information gathering/sharing sign of Gemini today (2:12 am), where it will stay until May 15. Mars in curious, communicative Gemini serves to expand the general awareness of our environment as well as steps up our daily interactions with it.

We’re also seeking to enlarge the playing field of our options now as Mars in Gemini motivates us to ferret out greater variety in our lives. Accordingly, the choices that we make, or the decision-making process, also potentially becomes more complicated as we sort through a plethora of possibilities.

Too, we’ll likely be needing more flexibility or wiggle room with respect to how we execute what we undertake now, over the next six weeks, as Gemini doesn’t like to be pinned down. Of course, there’s always a danger, with Mars in the sign of the twins, that we’ll scatter our energy or spread ourselves around, too thin, going in too many different directions. Our natural orientation now more akin to that of a busy bumblebee, going around, from flower to flower, gathering nectar. In mutable Gemini, Mars function is to first gather or collect, and then to disseminate, the bounty it has accumulated.

On This Day in History: On March 31, 1889, the Eiffel Tower officially opens in Paris. The structure was built for the Exposition Universelle, or World’s Fair, and was the main symbol of the event. It also served as the entrance arch to the Fair. At 300m high, the Eiffel Tower retained the record for the tallest man-made structure for 41 years.

“Divide each difficulty into as many parts as is feasible and necessary to resolve it”. – Rene Descartes 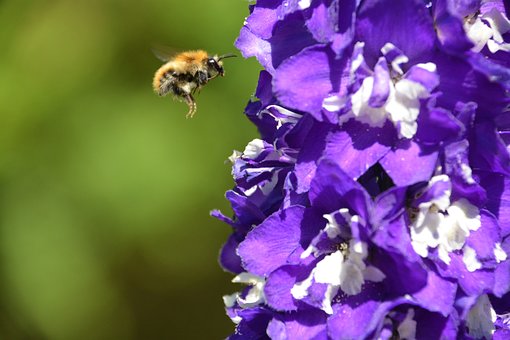 In the last analysis, what we are communicates far more eloquently than anything we say or do.” Stephen R. Covey

Tucking away that sage bit of wisdom to perhaps chew on later, the ever-changing Moon is ready to continue on to her next information-gathering stop in curious, communicative Gemini.

That is the mindset today. We want to find out and know a little bit about everything  with emphasis on “little.”  We’ll have more time to fully digest and philosophize about all the meaning of this new knowledge when the Moon moves through mutable Virgo and Sagittarius.

The lighthearted and fun-loving Gemini Moon also makes us Chatty Cathy in addition to reminding us not to take ourselves too seriously now. Our humor is also in greater supply, thankfully.

Event in history on this date:

Beatle Paul McCartney reportedly met his future wife Linda Eastman on May 15, 1967. Most notable astrological influence here was the transiting, life-changing Pluto at 18 Virgo exactly trining his relationship Venus at 18 Taurus. The very same type of influence that Simon Cowell now has in his horoscope. Simon has transiting Pluto in Capricorn trining his Venus in Virgo. He is supposedly now engaged and poised to get married.

Pluto, which I regard as our planet of destiny, brings us those situations for which we were born.  (I also know Pluto has technically been de-throned from planetary status.)  When Pluto is aligned with Goddess of Love Venus, it can and often does bring us the person we were meant to love. Or, in other words, brings us our soul mate. I can personally attest to this fact, as I also met my husband with transiting Pluto exactly trine to my natal Venus.

Venus also represents things that we love, our possessions, and also things that we create.  Venus rules our artistic creativity.  As I mentioned the other day, Mick Jagger, who penned the lyrics to Satisfaction in May of 1965 (Keith Richards composed the music to it in his Neptunian sleep), also had the transiting Pluto exactly conjoined his Venus at the time. So for Mick, Pluto and Venus was synonymous with creating something of a masterpiece that fatefully changed his life (the song would become the Rolling Stones’ signature trademark). Mick would always have a special, symbolic “soul mate” relationship with Satisfaction in a way.

Linda Eastman also had transiting Pluto exactly sextile to her natal Scorpio Moon in her first house of new beginnings when she met Paul.  The feminine Moon governs our feelings and nurturing emotions and in karmic astrology symbolizes our past life experiences. The transiting Pluto to the Moon often delivers to us those experiences that transform or “wake us up” emotionally. I believe Linda and Paul were probably soul mates in a previous lifetime since both of them came together in this incarnation under Pluto’s powerful ray.

Looking at Linda’s and Paul’s horoscopes here, there is so much more I could write about now but, with the Moon in restless Gemini, I’m feeling the need to move on. I am sure you are, too. Perhaps we can revisit this matter of their two horoscopes later.

Enjoy your Saturday! Do Gemini proud and stay in motion. Don’t be a couch potato!