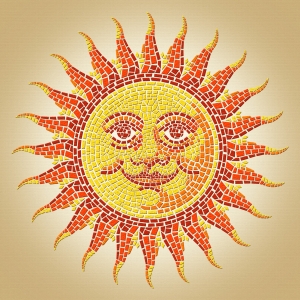 “All charming people, I fancy, are spoiled. It is the secret of their attraction.” Oscar Wilde

The late Elizabeth Taylor and the late Johnny Cash (born just a day apart) both had their Venus (ruling love, beauty, creativity, and power of attraction) exactly conjunct high-voltage Uranus (urge for individuality) in self-expressive Aries. The Venus-Uranus conjunction is often the hallmark of charismatic individuals with unique talents and gifts (and often striking appearances). We have this very same aspect today in Aries for the first time in over 75 years (10:29 pm EDT).

This Venus-Uranus influence can also make us crave more emotional excitement in our relationships and also in our pleasurable pursuits (ruled by Venus). Too, we are possibly more inclined to forge ties (Venus) with more non-conforming (Uranus) types, or to people we normally would not be attracted to. Venus-Uranus is also known for having sympathy for those who are perceived as “underdogs,” and this aspect often figures in prominently with the emergence of “gay rights” issues in the news.

Additionally, Venus-Uranus has a legacy of spawning “sudden infatuations” and instant “electrifying” relationships. Interestingly, John Lennon and Paul McCartney also met on a day when Venus was conjunct Uranus in entertainment Leo. Of course, we all know what transpired from that union. So, today could be filled with a lot of exciting possibilities for us, if we mingle. Too, this is a fantastic aspect for any creative endeavors.

Meanwhile, the Moon enters ambitious Capricorn (6:26 am EDT) today, kindling our desire to get ahead on the career front. The Moon’s square to rebel Uranus (10:34 am EDT), however, could create some fallout for us, if we try to rock the boat too much. Also, if we are too greedy for power, we could encounter some opposition when the Moon conjuncts controlling Pluto (7:52 pm EDT). At the same time, however, this aspect could be a potent time for networking, as Pluto can denote important “movers and shakers.”

Too, with the Venus-Uranus influence exact today, we may want to consider “altering our appearance,” such as maybe trying out a new hairstyle, or adding more pizzaz to our wardrobe (perhaps something ‘electric blue’ for Uranus). 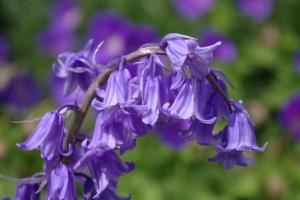 “When you are in Love you can’t fall asleep because reality is better than your dreams.” Dr. Seuss

Hopefully, that will be the case for many of us today. That we will be so smitten with the Love Bug, that we won’t be able to sleep or eat.  We may not even care to vacuum, which would be just unbelievable to me, but it could theoretically happen.

The reason why is Love Goddess Venus is entering royal Leo (4:50 am EDT) and making a harmonious trine to Uranus, the planet of sudden attractions and personal magnetism. Venus-Uranus is synonymous with “love at first sight.”

Even non-romantic relationships started now can be very exciting and full of possibilities.  John Lennon and Paul McCartney met under a Venus-Uranus conjunction in Leo – and see where their relationship took them! And, aren’t we all so very glad that those two hooked up?

I can’t imagine what my life would have been like had I not grown up with the Beatles.  They had a profound impact on shaping our culture, not to mention their singular and vast contributions to music. Plus how many of us were also “in love” with them?  It seems like many of us each had our favorite Beatle. Mine was always Paul, with John a close second. (You may also want to read an earlier blog here that I did on John and Paul’s first meet up under Venus-Uranus.)

Venus is associated with creativity and conjoined with inventive Uranus this influence can be very powerful for writing original music compositions, such as was the case with Paul and John. Or for rendering unique artistic pieces. This would also be a good time to purchase more unusual art work, especially as an investment.  Too, this creative Venus-Uranus influence augments the excellent influence that we now have for writing with the Sun moving through articulate Gemini.

Because Uranus is the “Change Planet,” we may also be attracted to persons now we normally would not be attracted to. We are more willing to experiment.  We are also more inclined to be tolerant of behaviors that we don’t understand.

This Venus-Uranus aspect also correlates with and favors more non-traditional or unconventional unions.  Often on Venus-Uranus days, for example, issues of sexual orientation and same-sex marriage come to the forefront.

Venus will stay in regal Leo until July 10th during which time we will want to be romantically courted and wined and dined in fine style. Venus in Leo loves complete adulation and also loves to party! May want to keep a close eye on making too many extravagant purchases now, one pitfall here.

The Moon will be in sensitive Cancer all day and then shift into dramatic Leo at 11:55 pm EDT adding even more to the emotional fanfare.

Event in History on this date: Auschwitz concentration camp opened on June 14, 1940.  Over 3 million people were killed there. At the time the camp opened, the transiting Gemini Sun was exactly square to undermining, deceptive, delusional Neptune in purification Virgo. Mercury, governing thinking, was in protectionist Cancer conjunct warrior Mars, the planet of violence.  Mercury-Mars is associated with aggressive thoughts and acts of violence. Mars also formally rules the military.

It’s interesting, too, from a historic perspective, at the start of the Boxer Rebellion in China in 1900, the Sun was also exactly conjunct Neptune the day the systematic killings of foreigners got underway. Neptune is associated with fanaticism and distorted viewpoints, delusional thinking.  JFK was another person assassinated when Saturn was square Neptune. Also, ethnic violence and killings are presently taking place in Krygyzstan in Russia and we have Saturn quinqunx Neptune now.

I joke around here often about Neptune being spacey, etc., but Neptune is often no joking matter.  The current Saturn Neptune quinqunx aspect (Neptune rules oil and water) also figures into all the confusion and chaos that is and has been going on in the Gulf of Mexico stemming from the BP oil spill, plus there have also been other new oil spills under this same planetary configuration and Chiron in Pisces.

Neptune tends to undermine our confidence and can make us lose hope when it is receiving hard aspects.  A lot of times, too, under Neptune, the things that happen often don’t seem to make any sense and they are often very ego-denying and humbling to us, both individually and collectively. Neptune is also associated with scandal and embarrassment.

The New York Times is reporting the United States has discovered nearly $1 trillion in untapped mineral deposits in Afghanistan, which is far beyond any early known reserves and enough to alter the Afghan economy and perhaps the Aghan war itself, according to senior American government officials.  It could be decades, however, until mining operations are fully established.

What is fascinating about this story here, astrologically, is pioneering Mars in earth-sign Virgo is now powerfully applying to an exact trine (harmonious) to Pluto in earth-sign Capricorn. This is a MAJOR transforming aspect.  Pluto rules the mining industry and what is hidden in the earth. Capricorn, too, rules government and this discovery will fundamentally impact or transform (Pluto) the Afghan people and government probably forever. Mars

Very interesting too that this news is coming out with Venus trining the life altering Jupiter-Uranus conjunction in the discovery and war sign of Aries. As I’ve been writing all along, Jupiter-Uranus is huge for discoveries and surprising developments.

Enjoy your Monday! Hope you fall head over heels today! Give me a report.