We have a New Moon at 14 degrees of Aries today (10:33 am EDT). Aries, by the way, symbolically represents our “self-identity,” in reference to the Stephen Covey quote above. New Moons also signify “new beginnings,” and this one occurring here, in the first sign of the zodiac, is the equivalent of having a “double whammy,” as Aries denotes “new starts.”

Too, we just had “energizer” Mars, the ruler of Aries, re-enter its own sign yesterday, joining the Sun, Mercury, Jupiter and Uranus. Mars is also conjunct “liberating” Uranus today (4:52 pm EDT) in Aries, something that has not happened since May of 1932. Mars-Uranus is an electrifying, powerhouse of an aspect. It can be explosive, but it can also inspire genius and innovation.

Uranus also rules radio broadcasting and the last time these two planets paired up in adventurous Aries is exactly when late comedian Jack Benny‘s “radio program” debuted on the air (May 2, 1932). Benny was also an Aquarian (a sign ruled by Uranus). Jack Benny, with his comedic genius (Uranus) ended up being a pioneer (Aries) in the entertainment industry. He liberated many of us  from our sordid daily routines by making us laugh. His more rebellious, wacky brand of humor was highly original and had “Uranus” stamped all over it.

Also, a synchronistic, personal tie-in here to today’s Aries New Moon and also the Mars conjunct Uranus aspect: A few minutes ago, while I was still lying in bed listening to soft jazz on the radio, a song suddenly came over the radio with the powerful lyric, “As long as you are breathing, you can start all over again.” I had never heard this song before (don’t even know if that is the title of the song), but as soon as I heard it, I knew that I had just experienced, in an uncomplicated way, the basic essence of the New Moon in Aries: As long as we are alive, we all have the option of beginning anew!  Yes, this is true! Too, this came over the Uranus-ruled radio! So very cool.

Mars-Uranus is also an aspect which triumphantly proclaims and celebrates our uniqueness and individuality, strong support for the “identity-seeking” Aries New Moon. So, let’s start (Aries) something spectacular and grand today with our lives. Make the mighty contribution that only we alone can make. The New Moon’s opposition to “form-builder” Saturn also ensures that, if we are “serious” (Saturn) about creating new beginnings, we can do it!

“You are never too old to set another goal or to dream a new dream.” C.S. Lewis 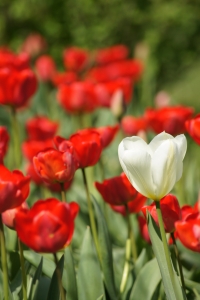