“Scared and sacred are spelled with the same letters. Awful proceeds from the same root word as awesome. Terrify and terrific. Every negative experience holds the seed of transformation.” Alan Cohen

The empowering Sun is conjunct perceptive Pluto in Capricorn today (6:36 am). Pluto is the modern-day ruler of Scorpio, the sign of life, death, and rebirth. This intense astrological aspect may help us to see more clearly the truth of a situation that maybe has been bothering or perplexing us for a while. Archetypally, Pluto symbolizes the underworld and the unconscious. It often reveals secret information coming from the depths. It can make us especially aware of what is toxic or festering below the surface that is in need of immediate release or resolution. Pluto is associated with psychotherapy, surgery, X-rays, elimination, and purging. In the body, Pluto rules the bowels and the rectum. Additionally, this is an excellent time for any kind of research, excavation, investigation or detective work. Sun-Pluto energy is equated with the ability for intense, single-minded focus and concentration, even to the point of obsession!

Ideally, Sun-Pluto alignments can ultimately be very healing and transforming as we learn to free ourselves from the vestiges of the past, which have had a limiting stranglehold on us, and get on with the life-supporting pursuit of aligning with new growth activities and self-expression. Sun-Pluto can serve as a powerful conduit to allow us to step into our own power or authority, and reshape our lives in such a way that they more fully radiate our authenticity.

On the shadow side, Sun-Pluto aspects can often trigger power struggles, bullying, sinister actions, manipulation, sudden breakdowns. The truth may also be used ruthlessly or selfishly as a way of gaining power or dominance over another.

Last night, on the eve of today’s Sun-Pluto conjunction, a very dramatic and moving development: Jayme Closs, a 13-year-old girl who vanished three months ago after her parents were found dead in their northwestern Wisconsin home, was found alive. A suspect was reportedly arrested a short time later. (CNN). Astrologically, one cannot help but think of the powerful Scorpionic rebirth aspect, at play here, of the phoenix rising from the ashes.

Earlier in the week, on Wednesday, Amazon founder Jeff Bezos and his wife MacKenzie Bezos announced on Twitter that they are getting divorced after 25 years of marriage. Jeff Bezos, the richest man in the world, whose birthday is tomorrow, January 12th – he’ll be 55 – presently has transiting Pluto now forming an exact conjunction with his Capricorn Sun, a long-term aspect that will stick around for a couple years. This influence operates essentially the same as today’s short-term Sun-Pluto conjunction. Since Jeff Bezos is such a public figure, we will be able to see, firsthand, how his Pluto-Sun is playing out, at least to the extent it is ever possible to know anybody from the outside in. It will also be interesting to see how this marital split might impact Amazon as a business. MacKenzie Bezos will soon be the wealthiest woman in the world as the Bezos’ live in a community property state. All the money he earned during the marriage, especially since there was reportedly no prenuptial agreement, is half his wife’s. They got married in 1993. He started Amazon a year or two later. Pluto also governs joint finances or resources that we share with others.

Hope you have a magnificent day and are able to clearly see now how all those mysterious puzzle pieces are supposed to fit together for you! Thank you also for reading my blog today. I’ve been away from here for almost a year and a half and am still trying to find my sea legs after having not written a thing during that long hiatus. Coincidentally, WordPress also happened to note for me today that this is the 1000th astrology blog that I have written since 2009. Seems like I should be getting some kind of plaque or award or something, doesn’t it? Maybe an office with a view? 🙂 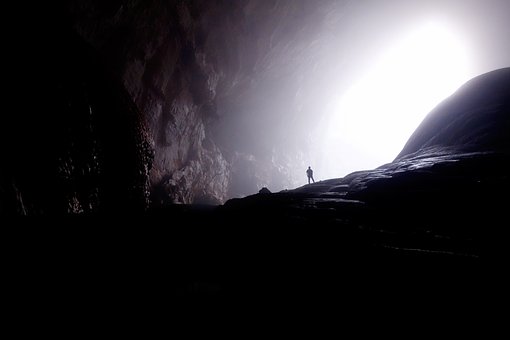 Disclaimer: For entertainment purposes only. The information and data contained on and through this site is to be treated purely for your entertainment purposes only. Any prediction or other messages that you receive is not a substitute for advice, programs, or treatment that you would normally receive from a licensed professional such as a doctor,    lawyer, mental health professional, or financial advisor. Cosmic Life Coach and Patrice Thompson provides no guarantees,  implied warranties, or assurances of any kind, and will not be responsible for any interpretation made or use by the recipient of the information and data mentioned above