Vulnerable Luna continues in, “If I keep the faith, I know I’ll be able to levitate” Pisces. 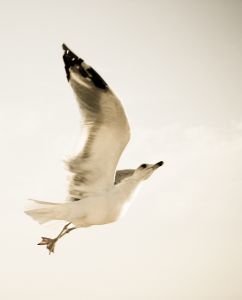 “Look closely at my toes. Very closely. I believe that, if you do, you will already see them starting to rise majestically above the ground. Wow!!! Isn’t that the coolest thing? Imagine all the new, exciting possibilities that this fab, mystic ability opens up for us! Especially for vacuuming, and reaching those hard to get at areas near the crystal chandelier on the ceiling!” Yes, the more “spiritually-minded” Pisces Moon, always a tad bit delusional, bodes well for any weekend activities centered around prayer, meditation, and levitation (with certain restrictions).

We are also highly creative and very imaginative. Good time for music, singing, songwriting, painting, poetry, dancing, film-making, etc. We may want to unwind with more quiet, peaceful activities tonight. Too, with love goddess Venus in visionary Sagittarius, holding hands in a Buddhist temple, or romantically cuddling up together on a church pew, may be perfect ways to express our undying love and affection for each other.

The late great Elvis Presley would have been 76 years old today. Happy birthday, Elvis! We know you’re still in the building somewhere. Elvis, a hard-working Capricorn, also had his Moon in sensitive, caring Pisces in the third house of communication in his horoscope. He was adeptly able to pick up on other people’s moods and feelings. Also, of course, able to communicate and connect with others in a riveting emotional manner, especially through his music. Elvis was a very compassionate person, and very generous. Other Pisces Moon trademarks.

I’ve been working on an astrology book about Elvis, off and on, for a while now. Need to get it completed. I’m a big, big Elvis fan. Especially love all his songs from the 50s, and also the late 60s. My favorite Elvis song is “Suspicious Minds,” written by Mark James. The song was released on August 26, 1969, when lucky Jupiter was conjunct brilliant Uranus in artistic Libra, an aspect of genius. Also a configuration associated with miracles. As many know, we have that same Jupiter-Uranus conjunction now in dreamy Pisces. The very day it was exact, this past week, was the day that Ted Williams, the homeless man with a golden voice, who formerly worked as a radio announcer (an Uranus-ruled occupation), was suddenly discovered. Also that same day, a ten year old girl became the youngest person in the world to discover a supernova, while looking through a telescope with her father. (Uranus also rules astronomy.) Another miraculous event! Hope something miraculous happens to each and every one of my three, faithful blog readers today.

“Miracles are a retelling in small letters of the very same story which is written across the whole world in whole letters too large for some of us to see.” C.S. Lewis

“Ambition is a dream with a V8 engine.” Elvis Presley