The U.S. military’s highest decoration, the “Medal of Honor,” was presented by President Barack Obama on Tuesday to Staff Sargent Salvatore Giunta at a special White House ceremony. Guinta is the first living person to receive the Medal since the Vietnam War. Guinta was honored for saving members of his squad in 2007 during the War in Afghanistan.

In astrology, the planet Mars rules “war” and “the military.” Mars (the aggressive urge) also denotes acts of “bravery” and “courage.” On Tuesday, when the Medal was awarded, “Warrior” Mars in “Inspirational” Sagittarius was exactly sextile to “Lord of Karma” Saturn in “Peace Keeper” Libra.  The “sextile” aspect is generally regarded as “harmonious” in nature.  Saturn also symbolizes “hard work” and “achievement.”

Often with Mars favorable to Saturn, we are “signaled out” and “rewarded” for our past efforts (past karma).  In this case, a courageous military hero (Mars) was formally saluted (Saturn) for his bravery. 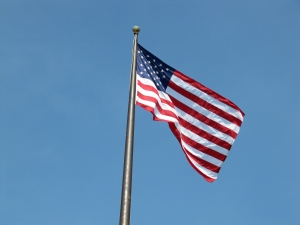