“One of the things that we admire about porcelain is its delicate fragility. We should learn to appreciate the same in people.” Andrew Davenport

With so much uncertainty and disruption presently swirling around us, it’s pretty easy to become emotionally overwhelmed or to feel a bit more anxious, in general, about our daily lives. That’s why it’s also perhaps more important than ever to treat ourselves and others with special kid gloves now, if we can, which is what the more “humanistic” Mars-Neptune energy, today, ideally helps us to achieve.

This more “ego-subduing” influence generally raises our levels of sensitivity, caring, and compassion. It can also serve to remind us that, no matter what, “we’re all in this together,” (Neptune in Pisces) – even though we may also have to (ironically) erect some boundaries between ourselves and others temporarily now (Mars in Capricorn), so as to keep those bonds intact in the future.

Mars-Neptune energy often marks a time when we’re called upon to make personal sacrifices for the welfare of others or the collective.

This more “otherworldly” aspect can also be positive for such things as self-reflection, meditation, yoga, or breathwork.

Too, the “permeable” Pisces Sun’s sextile to “controlling” Pluto, in structuring Capricorn, once again, seems to be spotlighting for us now, among other things, an ever-growing awareness or consensus of the need to take more extreme measures to contain the spread of Covid-19 (Pisces rules viruses) and how these overtures are dramatically working to reshape (Pluto) our world, at least in the short-term.

On the plus side, it’s also an excellent planetary influence for retooling the approaches that we take for dealing with issues as it can provide us with greater clarity or insight.

Also, expansive Jupiter’s applying conjunction to Pluto continues to showcase the enormous volume of resources and actions that are being marshaled by many governments and businesses (Capricorn) and other entities, such as hospitals (Pisces) to deal with all the ramifications of this generational health crisis.

On a a more personal level, Sun-Pluto energy can mark a time of profound inner renewal. It’s also a great day for any purging, recycling, or refurbishing projects.

“We can’t be afraid of change. You may feel very secure in the pond that you are in, but if you never venture out of it, you will never know that there is such a thing as an ocean, a sea. Holding onto something that is good for you now, may be the very reason why you don’t have something better.” C. Joybell C.

Hope it’s a good one! Be safe! 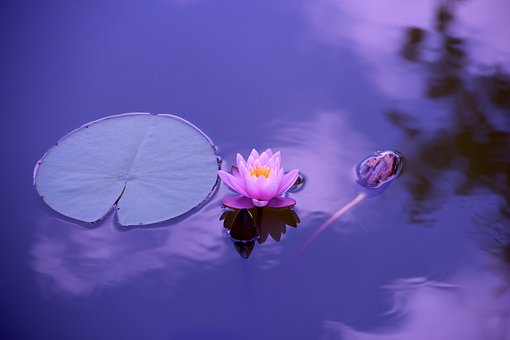 Mars, the planet of motivation, aligns with optimistic, expansive Jupiter and transformational Pluto today. For many of us, this may translate into an urge for an “extreme makeover” in some aspect of our lives. The desire for self-renewal is likely very keen now and may equate with our wanting to take some sort of bold, assertive action to bring it about. In some cases, too, this turnaround may come about for us without any seeming effort on our part, although if we go below the surface of things we may see that we have indeed been instrumental in bringing it about.

Simultaneously, we may also need to be more mindful and respectful of honoring other people’s boundaries now in our quest to get ahead. Otherwise, some fallout could ensue if we cross over the lines uninvited. Sometimes, on the shadow side, Mars-Pluto coincides with a clash of wills and power struggles, especially if we perceive we are being threatened or feel like we are being ignored. “I teach people how to treat me by what I will allow.” Stephen Covey

Famous July 17 Birthdays: Camilla, The Duchess of Cornwall, Phyllis Diller. “Most children threaten at times to run away from home. This is the only thing that keeps some parents going.” Phyllis Diller 🙂

In the News: Fed Chairman Ben Bernanke reportedly painted a more dismal picture of the U.S. economy to lawmakers today, alluding to a slowdown in economic activity and a continuing high unemployment rate (wsj.com)

Interestingly, Pluto rules not only debt, taxes, and other people’s monies, but also contractions and implosions. With Mars exactly squaring Pluto today, sometimes with this aspect our perception of what is “not working” or “broken” in our lives can become a major point of focus. Too, we often become much more cognizant of the need to take corrective measures to transform or overhaul things (the “rebirth” side of Pluto) under this influence. Also, Mars-Pluto, metaphorically, is often likened to a surgical procedure in that we remove what is diseased or toxic.

Since we also have Mars trining “big picture” Jupiter today, a very upbeat, visionary influence, we are reminded to keep an eye on our long-term vision now. Mars-Jupiter can be a phenomenal aspect for motivating us in a very self-confident manner, even if things around us may temporarily seem a little bleak or dissonant. “The reason birds can fly and we can’t is simply because they have perfect faith, for to have faith is to have wings.” J.M. Barrie

How would you like to turn your life around? What is possible for you when you put aside your fears?

Patrice Thompson is a Life Coach for Women. She partners with clients who are desiring to take their lives, businesses, or careers to the next level. To contact Patrice about coaching, you may email her at CoachPatrice@aol.com

Disclaimer For entertainment purposes only. The information and data  contained on and through this site is to be treated purely for your    entertainment purposes only. Any prediction or other message that you receive is not a substitute for advice, programs, or treatment that you    would normally receive from a licensed professional such as a doctor, lawyer, mental health professional, or financial adviser. Cosmic Life Coach Blog and Patricia Thompson provides no guarantees, implied warranties, or assurances of any kind, and will not be responsible for any interpretation

“If you want to make the world a better place, take a look at yourself, then make a change.” Michael Jackson

A rare convergence of potent, transforming energies engulfs us now. “Visionary” Jupiter exactly conjoins Uranus, the planet of “Sudden Breakthrough Awareness.” This conjunction is occurring in Compassionate Pisces, the last sign of the zodiac, associated with Idealism and wanting to forge a “link with the Divine.”

(Interesting, too, with this more potentially “spiritually-illuminating” aspect, we have Pope Benedict in the UK now, attempting to perhaps “revitalize and inject new interest” (Uranus) in the Church’s teachings there. Fascinatingly, the Pope also has this very same “Jupiter-Uranus conjunction” falling exactly on his “Mental” Mercury in Pisces now, in his personal horoscope, so potentially, it’s a very “consciousness-raising” time for him, as well.  A period when he is much more inclined to gravitate towards accepting and implementing “new ideas, new approaches,” especially in matters pertaining to his faith (Pisces).  He may also be articulating his beliefs and views in far different ways than he has ever done in the past. Uranus often makes us “break with the past” and even take “radical stands” in wake of “an epiphany of new understanding.” That is how Uranus works.  It delivers “sudden” new insights. This “Jupiter-Uranus conjunction to his Mercury” is also occurring in the Pope’s first house of “new beginnings” having a direct impact on his personality and outlook on life.”)

Simultaneously, with this “enlightening” Jupiter-Uranus aspect, we have “Activator” Mars in “Regenerating, Healing” Scorpio throwing a Spellbinding Sextile to Scorpio’s Mysterious co-ruler, Pluto, which represents all that is “hidden from view.”  Mars is symbolically engaging Pluto to “show its hand.” Reveal the cards that its playing. That may also be the case with us now: We may want to “come clean,” so to speak. Spill our contents. Empty or purge ourselves of “emotional baggage” that we have been carrying around, for far too long, that has been weighing us down and making us immobile.  It’s a perfect time to compassionately “engage the person we see before us in the mirror” and ask him or her, “Are you ready to make a change? Are you ready to put down those bags and walk away and begin a new life?” Surrendering the past is never easy, but it’s also important to note that “letting go” is a “natural process that affords us the chance for “new experiences,” “new growth” in the future.

Also, the Moon’s entrance today into “Futuristic Aquarius” (3:35 am EDT) also serves as an ally here to help us “close the door on the past” and “open up a new door” to hopefully a happier, “freer” way of being because we have released what we no longer need. We now have more room for “new wine” in our vessels.

Personally, I am working in my “neglected” yard today. Raking up the dead (Scorpio) leaves. Picking up acorns. Getting the lawn ready to be “aerated” and “seeded with new life” tomorrow. A very “Mars-Pluto” transformational activity.

In the News: The mother of the late Michael Jackson, Katherine Jackson, reportedly sued AEG Live on Wednesday, the entertainment company that was behind the “comeback concert series” Michael was planning at the time of his death. According to reports, the lawsuit claims, among other things, that AEG Live “didn’t provide the proper medical care” for her son.

Too, with “Mars-Neptune,” there can be a “lifting of the veil,” a “piercing (Mars) through the illusion (Neptune),” “a levied attack (Mars) against confusion (Neptune).” And, of course, Mrs. Jackson, is also, no doubt, continuing to want resolution and healing for herself and her family from the destabilizing “Neptunian agony” of Michael’s death under “unclear circumstances.” The family has been through so much sorrow here. Also, she is certainly seeking “justice” for Michael, with her lawsuit. So we see the “Mars-Neptune” conjunction in Michael’s chart, this week, in death-ruling Scorpio, has served to aggressively (Mars) re-open the matter of the “strange situational elements” (Neptune) surrounding his death (Scorpio).  (Neptune also rules drugs.)

Michael died under the transiting “Jupiter and Neptune” conjunction in Aquarius, which, on the shadow side, can create an abundance (Jupiter) of confusion, illusion, and deception. This is because Jupiter “magnifies” everything it touches and conjoined with “subterfuge” Neptune, it can create situations that are hard to navigate or “see clearly through,” as Neptune ‘s ray “fogs everything up.”