COSMIC WATCH: “Think like a queen. A queen is not afraid to fail. Failure is another steppingstone to greatness.” Oprah …

“How much has to be explored and discarded before reaching the naked flesh of feeling?” Claude Debussy

On February 22nd, Mars, symbolizing the aggressive urge, dives into emotional Pisces (8:06 pm EST), where it will, no doubt, try to make a big splash over the next six weeks. It is characteristically the nature of Mars to “stir things up,” as he represents our physical energy and ignites our passions, although when he is submerged underwater in Pisces, much of his “fire” is put out.

But, lest we get fooled by warrior Mars here, he can still be a barracuda! But, generally, he prefers to avoid direct confrontation in Pisces, if at all possible. Mars in Pisces also tends more toward passive aggressive behavior, or misplaced aggression.

However, with all that said, this time around, we still do have a lot of fiery “martian” energy at our disposal now, because expansive Jupiter is deposited in potent Mars-ruled Aries, actually in mutual reception with Mars, as Jupiter co-rules Pisces. Too, Jupiter is, and has been for the last few weeks, in a powerful square to obsessive Pluto (exact on Friday) which can make us more bent on pursuing unrestricted, “new beginnings” (Aries) with a heated fervor.

Too, Aries is associated with war and revolution, and we have witnessed all the unrest, demonstrations, and standoffs in the world the past few weeks. Mars has also been boldly empowering group expression in “power to the people” Aquarius. Also, rebellious Uranus is poised to enter Aries on March 11th for a seven-year stay, so the political landscape could very well continue to change in many nations during this time period. Freedom-loving Uranus in Aries will likely coincide with continued uprisings by individuals on a pioneering, self-developing quest to “do their own thing” (Uranus). Aries is more of a fearless sign, also it’s very impulsive and often acts way too hasty without giving enough thought to the consequences of its actions.

It is interesting, too, that with the opportunistic Jupiter square tyrannical Pluto, almost exact to the dot now, Libya’s long-time despotic ruler (Pluto), Muammar Qaddafi, may finally be ousted in wake of the mass revolt. Sadly, we have also seen many tragic massacres in Libya the last few days as the planets have moved into Pisces, which is more associated with persecution.

Too, it is wise to always note whenever Mars changes zodiacal signs. It is at those times when Mars enters a new sign that we often collectively see very notable or pivotal things occurring with respect to “Mars-ruled” matters: aggression, war, adventurous new beginnings, discoveries or breakthroughs.  Then, of course, we need to add the elements or things associated with the sign that Mars is going through.

Pisces, for example, rules the sea and oil. Oil is spiking upwards due to the unrest in the Middle East. We may all want to keep a very close eye on oil with volatile Mars moving into Pisces. When Chiron entered Pisces last year was the very day we had the BP oil spill in the Gulf of Mexico. Mars will also be exactly conjunct Chiron on February 24th (the energy is already applying), so this could be a critical time period for the planet.  BTW, it was reported yesterday that BP reached a 7.2 billion dollar oil and gas deal with India on Monday.

Too, as I am writing this, a seemingly big news story is unfolding about the Suez Canal. Reportedly Iranian Naval Vessels have entered the canal. Warrior Mars in Pisces could, unfortunately, symbolize hostile conditions at sea, or around water.

On a more uplifting note, we also have the Academy Awards on Sunday and Pisces rules films and acting.

Mars in Pisces is indeed a very imaginative placement for the “red planet,” if not the most creative place for it. Mars here often has a deep passion and talent for art, music, dancing, acting, film, photography. For example, Elton John, an Aries, who we mentioned the other day as someone with Mercury in Pisces, also has his Mars in Pisces.

Too, there is usually a greater desire for retreat and seclusion from the world with Mars in Pisces, as a way of recharging our batteries. Mars in retiring Pisces also normally denotes more of an affinity for mystical or spiritual pursuits, and can also give a gift for healing. Many people in the healing field have a notable presence of Pisces planets (or a strong Neptune) in their horoscopes.

Romantically, Mars in Pisces tends to be fantasy-driven and very sensual, so we will definitely want to clear our calendars to make sure that we do have plenty of time for steamy, nocturnal pastimes. 🙂

The shadow side of Mars in Pisces:  There can be indecisiveness, disillusionment, extremism (especially religious fanaticism). Too much of an immersion into fantasy or idealism. Also, Pisces is linked with drug and alcohol abuse. Of course, there is also more opportunity for deception, or simply more chance for weird, nebulous things to happen (due to Mars being in Neptune’s “spacey” home turf). Pisces also rules private sects and cults. Also, there may be more of a willingness to voluntarily play the “victim” or “martyr” role.

Too, with Pisces being more of a “selfless” or “ego-denying” sign, we ideally progress now by doing more for others than for ourselves, especially more for persons who are downtrodden, disabled, or down on their luck for whatever reason. Mars in Pisces can be very compassionate and charitable. We also have the Sun, Mercury, Uranus, and Chiron in Pisces now, so we have a notable Pisces vibration going on. Invisible energy that is hopefully imploring us to remember to kindly give each other a helping hand, or a comforting shoulder to cry on. The Pisces energy perennially sensitizes us to other people’s pain and struggle. We become more acutely aware of the fragility of life and the fleetingness, or even desperateness, of the human condition.

“Sweet baby” James is a Pisces. He’s a perfect template for all of the more noble, magical qualities of the sign, isn’t he? Love him.

The Moon leaves All-Business Capricorn for Friendly, Progressive-Minded Aquarius (10:24 am EDT).  We may want to relax our formality a little, be a bit more impromptu. Aquarius welcomes “deviations from the norm.”

Also, it behooves us to be willing to take time out of our busy schedules today to extend a helpful hand to our fellow colleagues and comrades. With the Aquarius Moon, the emphasis is “less about us” and “more about others.” We may also want to keep in mind now that being willing to stand up for the causes we believe in, is how we can best affect the kind of change that we are wanting to see around us.

Quote for the day:

“A friend knows the song in my heart and sings it to me when my memory fails.” Donna Roberts

On This Date In History:

October 15, 1969 – The “Vietnam Moratorium” is held.  Millions of people protest the war. In the heavens, Warrior Mars in Capricorn, the sign of government, is exactly square to Philosophical Jupiter in Libra, the sign of peace and diplomacy.

“Mars-Jupiter” is an aspect with a great history of “firing up our passions and idealism.” Mars energizes whatever it touches and Jupiter represents our moral beliefs.  We are willing to “do combat” (Mars) for “what we believe in” now (Jupiter), similar to the energy of today’s Aquarius Moon which speaks to us about getting involved in causes “greater than ourselves.” With the Vietnam Moratorium, the protesters peacefully dissented (diplomatic Libra) against the “war policies”of the government (Mars in Capricorn).

Often Mars-Jupiter is associated with “religious fanaticism,” too, as Jupiter rules religion, and the nature of  Jupiter is such (especially when it is aligned with energizer Mars) that we can easily “go overboard” and get “carried away” with whatever we are involved with. Even though Jupiter is an “expansive influence,” and more of a “benevolent planet,” sometimes the pitfall with it is we do not know when to “rein ourselves in.” For example, Jupiter is also associated with obesity and excess. We can’t stop with just “one jelly doughnut,” we have to consume a whole dozen! So, moderation is often needed and called for with Jupiter, if we are going to utilize the energies of this great planet to the best capacity. 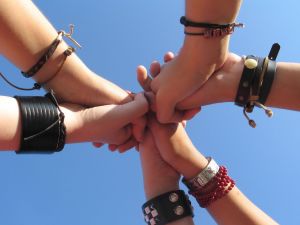 “It is good to have an end to journey toward, but it is the journey that matters in the end.” Ralph Waldo Emerson 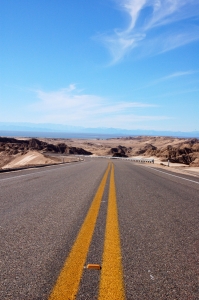 The Moon’s in Wanderlust Sagittarius trining Jupiter and Uranus and Sextiling Saturn, Venus, and Mars in Relationship Libra.

“It’s time to leave the crawl space under the house and venture on out to the open highway. Take your dreams along with you. Sweet Baby James, he’s already a waitin’ on you.”