“Don’t let your special character and values, the secret that you know and no one else does, the truth – don’t let that get swallowed up by the great chewing complacency.” Aesop

We’re almost done working our poor, little ole’ fingers to the bone, as Luna will be exiting “fussbudget” Virgo, mid-morning, for “let’s live it up in style at the Queen’s expense” Libra (at 10:43 am).

We also have the super cool, bohemian-style “Venus-Uranus sextile” aspect becoming exact, early this evening (6:17 pm). Sweet Venus (governing beauty, love, money, and values) just shifted into “the world of illusion” territory of Pisces the Mermaid, a couple days ago, and in addition to spending considerable time perusing the cosmetics department at Macy’s Department Store, she’s also just scheduled her long-awaited “angel wings fitting,” in a further bid to flee the clutches of Saturn and Pluto, still joined at the hip in stuffy old Capricorn, now also the official sign of presidential impeachments.

Of course, Venus is also duly preparing herself today for what “non-conforming” Uranus in hedonistic Taurus is probably going to say to her when they do finally meet up tonight for a beer and a burger. She’s almost certain he’ll say something flippant like “There’s more to life than just lipstick, Venus!” The truth is, Uranus hasn’t even seen the latest shades of red lipstick available now – which is “the color” for 2020 – despite the fact that he’s supposedly, always, living on the “cutting-edge” of everything.

Anyway, Venus plans on bringing with her, tonight, plenty of compelling, nerdy documentation for Uranus (it’ll be right up his alley!), thoroughly detailing the overarching psychological significance of the profound role that lipstick has been found to play in a modern woman’s daily life so that, in the end, Uranus will no longer be able to gloss over or dismiss all the facts quite so smugly! She may even seal the deal with a kiss – but only if he lets her get “lipstick on his collar” as unmitigated proof that she knows 100% what she’s talking about, and that he’s all full of beans! 🙂

Seriously… the “Venus-Uranus” aspect today is really a neat thing for us to be privy to now. There’s a very liberating vibe to it, especially for relationships (but also for creativity), as it can incline us to want to be more fully our “true selves,” with all of our blemishes or flaws quirkily on display. We’re also more open to at least the idea of some measure of social experimentation now, including possibly becoming more tolerant of one another’s’ differences or perhaps more amenable to willing to hang out with types of people that we normally might not associate with. Venus-Uranus aspects can also occasionally spawn sudden, “very electrifying” type relationship pairings ( for instance, Paul McCartney and John Lennon first met each other when Venus and Uranus were exactly conjunct in entertainment Leo).

With change-agent Uranus also scheming around in “certificates of deposit” Taurus, (a sign which Venus also rules), there’s also a chance that we may be more willing now to embrace or at least entertain new ideas or strategies for dealing with financial or investment issues. Today, too, we also have the official signing of the US and China Trade Agreement (“Phase One” of it), a matter that has been in the works now for nearly two years, between the two countries. Reportedly, this agreement also contains new protections (with enforcement power) for intellectual property matters (a domain of high-tech Uranus) as well as restraints on currency manipulations (Taurus).

Tarot Card For The Day: The Eight of Cups, signaling completion. This card also suggests that there’s an old emotional situation that is left behind today and that we’re also ready for something new, but still not quite sure exactly what that is yet.

Numerology For The Day:  The number “15” suggests we need to strike a balance now between work and rest. Fifteen also reduces down to the number “6” which is a number of harmony, positive social and business dealings, and artistic potential. It’s a number that can get the “first month of the new year,” off to a solid, promising start.

Born On This Day: Joan of Arc, in 1412, Roman Catholic Saint and national heroine of France (d. 1431). Joan of Arc is quoted as saying: “I was admonished to adopt feminine clothes; I refused, and still refuse. As for other avocations of women, there are plenty of other women to perform them.” 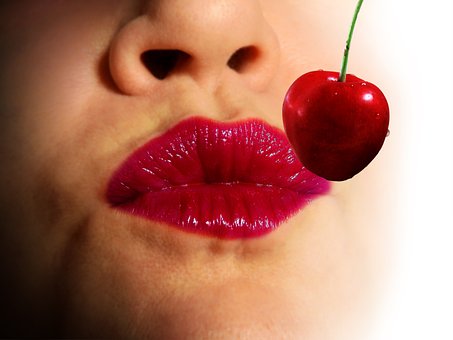 Disclaimer: For entertainment purposes only. The information and data contained on and through this site are to be treated purely for your entertainment purposes only. Any prediction or other messages that you receive is not a substitute for advice, programs, or treatment that you would normally receive from a licensed professional such as a doctor, lawyer, mental health professional, or financial advisor. Cosmic Life Coach and Patrice Thompson provides no guarantees, implied warranties, or assurances of any kind, and will not be responsible for any interpretation.