With a potent New Moon taking place today in “tweaking” Virgo (6:37 am), the sign of health, work, and service, there’s likely a growing momentum occurring now to roll out the “new and improved” versions of things (including ourselves!), in the days ahead. In general, this is always an excellent lunation period for any kind of problem-solving, for practical negotiations, for DIY projects, for decluttering, detoxifying, editing, for implementing new health regimes, adding new habits, for perfecting our skills.

This New Moon also finds a total of five planets (a stellium) in corrective Virgo (Sun, Moon, Mercury, Venus, and Mars), which suggests a strong ability to focus or concentrate on the extraneous details (or the infrastructure) of our daily lives to discern how everything is – or isn’t – working. Also, for those of us who seem to have more difficulty focusing on the small stuff, just the sheer act of getting more organized – a Virgo trait – is often a very good way to become more aware of all the pivotal minutiae circulating around.

Both Mars (assertion) and Venus (wants) are also conjunct the Sun and the Moon now, with Mercury (communication) not very far away, so there’s a great deal of single-minded motivation, determination, and energy to actively pursue our desires, or whatever it is that we want to attract (including love and romance). There may also be a heightened ability to work in a very precise, orderly, and methodical manner, and to communicate with others on more of a factual (or reality-based) level.

The Mars conjunction (to the Sun and Moon) can also indicate a potential for displaying real courage or bravery, depending upon the situation, as well as possibly a good amount of competitiveness and wanting to do things our own way. The Mars-Sun energy will also be exact, for the next few days, and in health and research-minded Virgo, there’s a possibility that some notable discoveries or advances will be made (perhaps in healing or medicine). Mars-Sun aspects, particularly the conjunction, have a marked trailblazing quality to them, which can be very invigorating to experience. Perhaps, too, if there’s been something you’ve wanted to try but have been hesitant to do so, for whatever reason, now might be a good time give it a whirl, or to at least take a first baby step, in that direction.

Altogether, too, there are eight planets in the grounding earth signs, which strongly suggests that there’s special finesse or talent now in dealing with the tangible affairs of the world (especially money, security, and career). It’s also an excellent period for strategically planning the use or allocation of our resources.

Sometimes, too, a concentration of planets in “shrinking” Virgo is associated with having more of a myopic vision as far as the bigger picture is concerned. However, today’s lunation also has all of the Virgo planets trining Uranus (the planet of innovation and technology), in pragmatic Taurus, suggesting that there’s a real receptivity or fascination now for whatever’s progressive, cutting-edge, or apart from the norm, thereby making it also potentially easier for us to embrace the idea of change or newness.

“Habits also make change possible by freeing us from decision-making and from using self-control.” Gretchen Rubin (author of “Better Than Before”)

Numerologically, today (8-30-2019) also reduces down to both a 3 (Jupiter) and a 5 (Mercury), so there’s some optimism, desire for sociability, and a feeling of expansion (the 3 side) as well as a good measure of nimbleness and curiosity at play (5).

On This Day in History: Mary Shelley, the author of Frankenstein, was born on August 30, 1797, in London, England. (Frankenstein was an instant bestseller on publication in 1818 and has long been regarded as a masterpiece of suspense, a classic of nineteenth-century Romanticism and Gothic horror, and the prototype of the science fiction novel. From Wikipedia)

Astrologically, in the sky that day (and in Shelley’s birth-chart), there was a stellium in “tinkering” Virgo (like today), with adventurous, initiator Mars newly-deposited at 0 degrees of Virgo and in a near-exact opposition to darkhorse Pluto, Lord of the Underworld. (Mars-Pluto energy can also give a fascination with the macabre.) The life-giving Sun was also deposited in analytical Virgo and conjunct inventive, ingenious Uranus (possibly helpful for writing science fiction; Sci-Fi writer, Ray Bradbury, also had a Sun-Uranus opposition aspect in his chart).

“Beware; for I am fearless, and therefore powerful.” Mary Shelley, Frankenstein 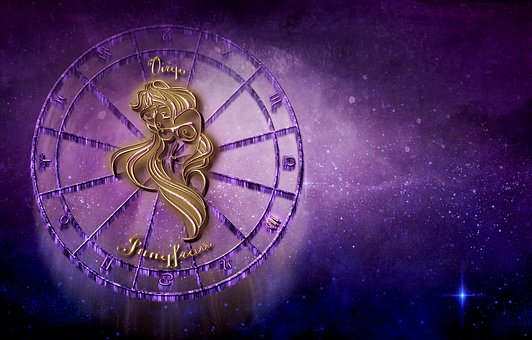