“We have more success if we think of a project as a group effort, find partners and build a coalition. There is always strength in numbers.” Mark Randall

The Moon continues in humanitarian Aquarius, the sign of group involvement, throughout the day. It then enters impressionable Pisces, later tonight (9:02 pm). The Moon is still in the New phase of its monthly cycle, following the New Moon lunation in Aquarius, yesterday afternoon. And, if you haven’t already done so, there’s also still time today to set your New Moon intentions for the month, especially while the Moon is still in the sign of Aquarius. From the New Moon to the Full Moon, of course, is when we should begin seeing our intentions begin to take shape. Especially if we have added some legwork to them! The late great Wayne Dyer (b. 5/10/40) once said, regarding intentions: “You get what you intend to create by being in harmony with the power of intention, which is responsible for all of creation.”

The Moon in Aquarius makes a very nice sextile to energetic Mars in Aries this morning (8:49 am). This is very motivating yang energy that helps to get our day off to an enterprising start. We’re also acting with greater self-confidence and self-assuredness now. The Moon will sextile progressive Uranus in Aries, later this evening (6:59 pm). This is excellent for experimentation, for changing up our routine, or for hanging out with a new crowd. Today’s lunar exchange with both Mars and Uranus is also a test run or preview, perhaps, for the high-voltage Mars-Uranus conjunction in Aries, which is occurring, the middle of next week.

On This Day in History: On February 5, 1922, The Reader’s Digest, an American general-interest family magazine, is published for the first time. Jupiter, which rules publishing, had just, interestingly enough, stationed retrograde in balancing Libra on February 3rd. And, communicator Mercury, actually turned retrograde in creative Pisces on February 5th! Yet, despite these two retrograde planets, The Reader’s Digest is still around, nearly 100 years later! So that just goes to show that just because a planet is retrograde, it doesn’t necessarily dampen prospects for success. So many of us tend to wig out whenever we see a planet going retrograde, especially the planet Mercury. It’s like we feel we can’t do anything or take action in the outside world until it goes direct again. Not true!

The empowering Sun and relationship Venus were also exactly conjunct in innovative Aquarius then. Sun-Venus configurations are, among other things, good for popularity, especially with women. This influence would have also been good for the creative content of the magazine. Abundant Jupiter was also trining the Sun and Venus conjunction. No doubt, another factor in the publication’s long-term success. Do any of you still read the Reader’s Digest?

Anyway, enjoy your day! Happy Chinese New Year! It’s the Year of the Pig, which, in Chinese culture, is associated with wealth and prosperity! Amen to that! 🙂 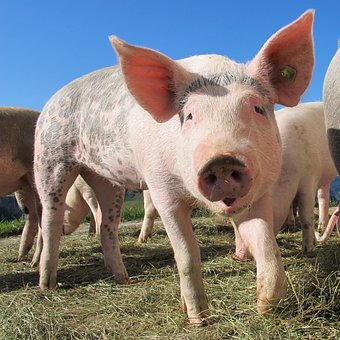 Disclaimer For entertainment purposes only. The information and data contained on and through this site are to be treated purely for your entertainment purposes only. Any prediction or other messages that you receive is not a substitute for advice, programs, or treatment that you would normally receive from a licensed professional such as a doctor, lawyer, mental health professional, or financial advisor. Cosmic Life Coach and Patrice Thompson provides no guarantees, implied warranties, or assurances of any kind, and will not be responsible for any interpretation made or use by the recipient of the information and data mentioned above.