The Sun and Mercury meet up in secretive Scorpio today (2:23 pm), officially marking the halfway point in Mercury’s retrograde cycle. This “inferior conjunction” between the Sun and the Winged Messenger may very well translate into our finally being able to solve a big piece of the cryptic puzzle before us now – although we are still likely, not quite ready to put a big red bow on it and move on. Not to worry, though, because, soon enough, we will, undoubtedly, have all the riveting answers that we need, or require, in order to come to our usual impeccable conclusions! 🙂

Overall, this Sun-Mercury alignment will hopefully allow us to gain a greater understanding of substantive matters as our mind is unusually clear now. It may also be a period that is punctuated with an increased need for communication with others, especially possibly a time when there might be a greater willingness or eagerness to want to share or disclose things about ourselves of a more intimate nature.

“He showed me his scars, and in return he let me pretend that I had none.” Madeline Miller

Mercury will station direct in Libra on November 3rd (Election Day in the US!).

On This Day in History: It was 56 years ago tonight (October 25, 1964) that the Rolling Stones appeared on the “Ed Sullivan Show” for the first time – and also a time when the majority of America got their first glimpse of the more rebellious rock group. The Stones performed two songs in less than seven minutes — their latest hit “Time Is On My Side,” and a cover of Chuck Berry’s “Around And Around.”

Astrologically, that night, the ever-twinkling stars were seemingly smiling brightly upon the British rock band, with lovable, artistic Venus (in perfecting Virgo) exactly trine to propitious Jupiter (in enduring Taurus), often regarded as one of the luckiest and most pleasurable transits around.

Pioneering Mars was also deposited in flashy “rock star” Leo and in an exact square to “kingly” Jupiter, an aspect in which we often may experience moments or instances that sort of feel “larger-than-life” to us, in many respects. Mars-Jupiter energy characteristically tends to “pump us up” with insatiable enthusiasm or excitement for matters. It can also sometimes portend the start of something really BIG (like the rollout of the world’s greatest Rock and Roll Band!). Many have also said that the Stones had their “breakout performance” on the TV show, that October evening.

“People love talking about when they were young and heard Honky Tonk Women for the first time. It’s quite a heavy load to carry on your shoulders, the memories of so many people.” Mick Jagger 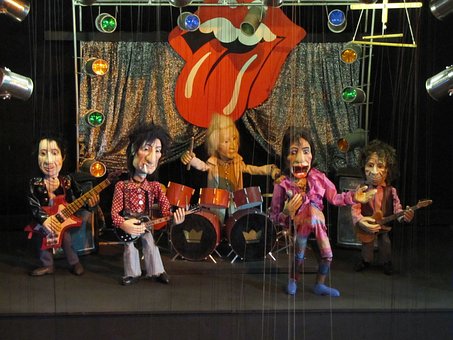