“May you never become so cynical that you let a star fall without its wish.” Nicole Lyons

Today’s cosmic energy (“power of attraction” Venus in magnanimous Leo trining “abundant” Jupiter Rx in philanthropic Sagittarius) formally invites the “Fairy Godmother” (archetype) to suddenly appear in our lives, ideally granting us each three wishes while also spreading much-needed kindness and love all around the globe. Kind of a tough act to beat or follow. Let’s just hope that she still has all her manifestation powers intact and doesn’t run out of golden parachutes before she gets around to you and me! 🙂

Generally, when Venus (love) and Jupiter (optimism) align there’s more of a desire to “lift ourselves up” on all levels, both individually and collectively. There’s also more of a desire for seeking out pleasurable pursuits. It’s always so cool, too, when we forget about our woes and worries, for a while, and do something fun or enjoyable because we often feel so much better afterward, physically, mentally, and emotionally. This “feel-good energy” is also partly because the brain releases the “happiness hormones” (endorphins, dopamine, and serotonin) when we’re having a good time or feeling relaxed and confident.

Today (August 8) is also an “8” day and reduces down to a “1” (when you add up the numbers for the day, month, and year). In Chinese culture, the number 8 is associated with wealth, fortune or prosperity. Astrologically, the number 8 is linked with the planet Saturn and responsibility. The number one is also ruled by the Sun and portends leadership ability and creative new beginnings. Overall, an 8-1 day suggests great determination and know-how to forge through any obstacles to get to where you want to be. In the Tarot, these two numbers are also symbolized by the Magician Card (One) and the Strength Card (8).

Finally, waxing Luna will also be wrapping up her stay in emotionally charged Scorpio, this afternoon (4:34 pm), at which time she’ll be flitting into “home on the range” Sagittarius, where she’ll be scoping out bunches of greener pastures. The inspirational Sadge Moon backdrop is also hopefully a perfect setting for allowing the more voluminous Venus-Jupiter energy (exact at 4:27 pm) to work its golden, fairy-dust magic.

“The world is full of magic things, patiently waiting for our senses to grow sharper.” W.B. Yeats

On This Day in History: On August 8, 1968, the Republican Convention in Miami Beach, Florida nominates Richard Nixon (b. January 9, 1913) for US President.

Astrologically, that day, transiting Mars, the energizer, was newly-installed in leadership Leo, at 2 degrees of the sign (in Nixon’s 11th house of friends and groups). Transiting Saturn, the Lord of Karma, was also stationing retrograde in assertive, self-willed Aries, the sign of new beginnings.

Transiting Mars in Leo was also exactly opposite Nixon’s natal Uranus, the planet of change and the unexpected, at 2 degrees of Aquarius (in Nixon’s fifth house of self-expression). Mars-Uranus aspects sometimes instantly change the world or landscape around us, often in radical or game-shifting ways.

Too, Nixon had transiting Pluto, symbolizing rebirth and transformation, conjunct his Virgo Ascendant or First House (the house of personal new beginnings). Pluto also symbolizes the urge for power and control and conjunct the Ascendant it can mark a time when we become more persuasive or influential in the world. On the shadow side, too, Pluto can potentially make us more of a control freak. (Nixon would later resign as President on August 9, 1974, or forty-five years ago, tomorrow, when the transiting South Node in Gemini was exactly conjunct his Midheaven or career house. In the sky that day, too, transiting Mars in corrective Virgo was separating from an exact square to dissolving Neptune (the planet of deception) in politician-ruling Sagittarius. Mars-Neptune aspects are often associated with surrender or capitulation. That aspect also matched the uncertainty or “up in the air” quality that America was going through at the time. Challenging Mars-Neptune aspects are often described as being similar to having a rug pulled out from under you.

“Only if you have been in the deepest valley, can you ever know how magnificent it is to be on the highest mountain.” Richard Nixon 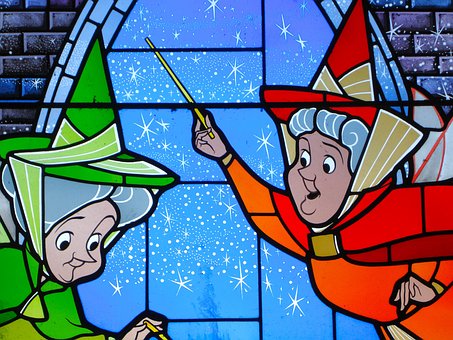