“Conformity is the jailer of freedom and the enemy of growth.” ~ John F. Kennedy

Early this Friday morning, the Sun, which signifies the ego and basic urge to be, exited conventional Capricorn for experimental Aquarius (3:30 am), potentially setting the stage for us to channel or bring forth more of our spontaneous or unscripted side – or that part of our nature that perhaps seeks to chug along and do its own thing – make its own earth-shattering discoveries, live off the grid, etc., without having to feel unduly constrained or checked by the dictates or directives of the status quo.

Aquarius in Latin means “water bearer” or “cup bearer,” and its zodiac symbol of a man pouring water from a pitcher, suggests that Aquarius is concerned with infusing the world with new meaning. A good time to maybe seek to raise our vibration.

Uranus, the modern-day ruler of Aquarius, is viewed as an engine of change. It is linked with technology, innovation, and rapid advancement. It also rules our intuition as the higher octave of Mercury.

The sign of Aquarius also represents humanity, individuality, the collective, groups of people – as well as our network of friends and acquaintances. During Aquarius season we often seek to be a part of something larger. We are also often more interested in advocating for causes that are close to our heart.

We may also strive to be more accepting of others in an impersonal way – especially of the differences between us – even though we may also be more prone now to wanting to speak our minds, especially when we perceive things to be an affront or abridgement to our personal liberties. Aquarius is a fixed air sign, and can, consequentially, often adhere to very strong opinions or views – with natives of this sign often particularly fond of playing the role of the contrarian or devil’s advocate. The Sun will be in Aquarius until February 18th.

“People do not seem to realize that their opinion of the world is also a confession of character.” – Ralph Waldo Emerson

In the News: Yesterday US Treasury Secretary Janet Yellen stated in a letter to congressional leaders that the US had reached its statutory debt limit (or debt ceiling) as of Thursday, and that Congress will need to take action by early June, to prevent default on its debt. On Wednesday, as you may recall, we had the annual Sun-Pluto conjunction in Capricorn; crisis-minded” Pluto – which typically excels at sounding the alarm bell – governs, among other things, debt and taxes, while Capricorn oversees the workings or machinations of government. 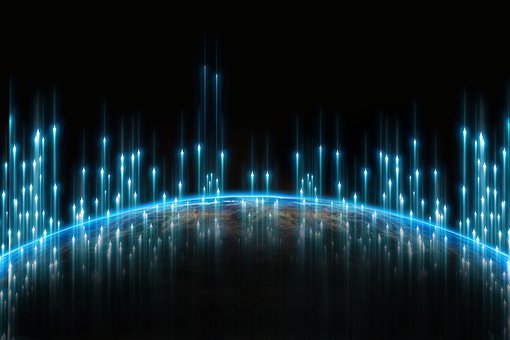 “If we cannot end now our differences, at least we can help make the world safe for diversity.” John F. Kennedy

There seems to be a natural inkling among many of us to want to surround ourselves with others who tend to mirror our own image. For instance, maybe the individuals within our own inner circle happen to share many of our same viewpoints, values, and beliefs on various things. Or maybe we’re all members of the same socio-economic class. Or perhaps these friends and associates resemble us on the outside in terms of physical appearance or even age. This common behavior may be reflective of the principle that there’s “safety in numbers.”

T.H. White, the author of, “The Book of Merlyn,” once wrote: “I can imagine nothing more terrifying than an Eternity filled with men who were all the same. The only thing which has made life bearable…has been the diversity of creatures on the surface of the globe.”

Today, with relationship Venus in positive alignment (trining) to non-conforming Uranus, the planet of change and diversity, it might behoove some of us to consider taking action to widen or expand our existing social circles a bit so as to include more meaningful interactions with others who may be radically different to us. We just might be surprised at what we may end up learning about each other by doing this.

Too, it has been my experience that often on Venus-Uranus days, more unusual or colorful types of people tend to cross our paths, unexpectedly, with seemingly no effort on our part. Also, a cool bit of astrological trivia: John Lennon and Paul McCartney met on a day when Venus was exactly conjunct Uranus in entertainment Leo! Venus also governs creativity, artists and musicians and Uranus rules genius and invention. Also with Venus-Uranus aspects the sudden alliances that form under this influence are normally quite exciting and dynamic, although sometimes they may not last too long. BTW, the late actress, Elizabeth Taylor, had her natal Venus and Uranus exactly conjunct in adventurous Aries.

Wanted to also add here that Uranus does govern the internet and computers and, of course, many of us have been able to successfully branch out our social networks, the last few years, through participation in online social media. Again, Uranus playing a pivotal role in helping us to stretch ourselves beyond our personal borders.

“It is time for parents to teach young people early on that in diversity there is beauty and there is strength.” Maya Angelou

Famous October 16 Birthdays: Angela Lansbury, Tim Robbins, Suzanne Somers, Oscar Wilde. “We are all in the gutter, but some of us are looking at the stars.” Oscar Wilde

Enjoy your Wednesday! Let’s also hope that members of Congress might finally be able to embrace diversity and opposing viewpoints, at least long enough, to come to a positive agreement on raising the debt ceiling and ending the government shutdown. 🙂

Disclaimer For entertainment purposes only. The information and data   contained on and through this site is to be treated purely for your   entertainment purposes only. Any prediction or other message that you receive is not a substitute for advice, programs,or treatment that you    would normally receive from a licensed professional such as a doctor, lawyer, mental health professional, or financial advisor. Cosmic Life Coach and Patrice Thompson provide no guarantees, implied warranties, or assurances of any kind, and will not be responsible for any interpretation.