“A baseball park is the one place where a man’s wife doesn’t mind his getting excited over somebody else’s curves.” Brendan Francis

Cosmic Word Of The Day: Curve

Curve: 1) a continuously bending line without angles  2) Baseball: a pitch delivered with a spin that causes the ball to veer from a normal straight path, away from the side from which it was thrown 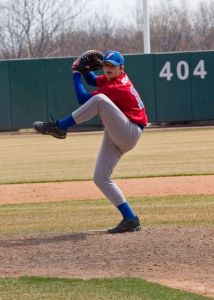 Are you any good at catching curve balls? If so, you may have a decided advantage today, as the life-giving Sun in adventurous Sagittarius forms an exact square to high-voltage Uranus (1:48 pm EST), who is notorious for throwing us a curve ball or two to keep us alert, and on our toes.

Uranus symbolizes change, and is a master at ditching convention. Uranus encourages us to break out of our predictable molds. We likely progress now by simply going with the flow, and not staging heavy resistance to whatever changes may be coming down the pike.

Romantic Venus in intense Scorpio is also linked in a challenging aspect to Uranus. Venus-Uranus usually creates the desire for more personal freedom, as well as a need for more emotional excitement in relationships. Too, it can make us seek “unusual” connections with persons we normally would not be attracted to, and may not actually have much in common with.

Meanwhile, the Moon is in money-minded Taurus during the day, then switches to chatty Gemini (10:38 pm EST). Setting the stage for the Full Moon Lunar Eclipse in Gemini on Dec. 21st.

“When we are no longer able to change a situation, we are challenged to change ourselves.” Victor Frankl

News Update 12/18: With the Sun in politically-minded Sagittarius exactly square change-agent Uranus, which rules equality issues, (and square expansive Jupiter), and sextile “let’s all peacefully co-exist” Neptune, in humanitarian Aquarius, the U.S.  Senate has gone ahead and voted today to repeal “Don’t Ask, Don’t Tell” by a vote of 65 to 31.The Senate has now sent the bill to President Obama, who had campaigned on ending the DADT policy, which banned gays from openly serving in the military. Some may say that the Senate through a “big curve ball” today. Definitely an historic day in America. (NYTimes.com) 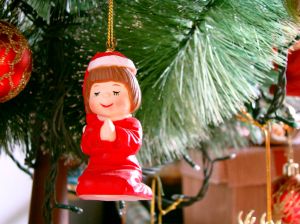 Disclaimer For entertainment purposes only. The information and data  contained on and through this site is to be treated purely for your entertainment purposes only. Any prediction or other message that you receive is not a substitute for advice, programs, or treatment that you would normally receive from a licensed professional such as a doctor, lawyer, mental health professional, or financial advisor. Cosmic Life Coach Blog and Patricia Thompson provide no guarantees, implied warranties, or assurances of any kind, and will not be responsible for any interpretation

Federal Judge Vaughn R. Walker, on Thursday, lifted his stay on the same-sex marriages ban, paving the way for gay couples in California to marry in that state. Walker delayed, however, implementation of his order to lift the ban until August 18th.

Walker’s ruling a week ago, that a voter-approved ban on same sex marriage (Proposition Eight) was unconstitutional, was rendered with pioneering Mars in Matrimonial Libra exactly squaring off with transformational Pluto in Capricorn, the sign of government. Mars, the energy planet, symbolizes “bold action.” 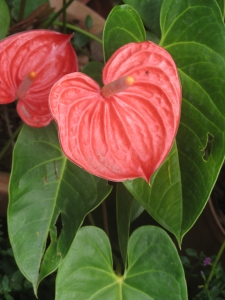 Libra not only rules marriage it also presides over the courts and judicial system, so the federal judge would be symbolized here by Mars in judicial Libra. Mars and Pluto are both often involved with “historic firsts.” Pluto also represents “the masses” and matters that impact the collective.

Mars-Pluto can be indicative of someone “seizing power” or taking “forceful, transforming action.” It’s also a classic “war aspect” replete with power clashes and clashes of will. There is strong opposition to Judge Walker’s ruling. President Obama reportedly supports civil unions between gay and lesbian couples, but is against gay marriages.

Also, “Karma Lord” Saturn in Nuptials Libra was opposite Uranus in Aries when Walker ruled last week.  Uranus is associated with equality and gay rights issues and also represents change. With the Saturn and Uranus opposition, once again, we had the pitting of the old, signified by Saturn, versus the new, with the new winning out this time, perhaps due again to the simultaneously strong Mars-Pluto aspect which tends to bulldoze or reconfigure existing structures and protocol. Mars-Pluto is, unquestionably, one of the most transforming and powerful energy aspects in astrology.

On August 18th, Saturn in relationship Libra will be exactly squaring controlling, transforming Pluto to a tee. It ought to be interesting to see how this aspect plays out. Saturn-Pluto can represent “death to the past,” but often not without a bitter fight and, of course, same-sex marriage remains a controversial and polarizing issue.

Libra is also the sign of the scales and balance, and it seems Serious Saturn here is putting the discussion of this weighty matter back on the table for further examination, now that it is in the matrimonial sign.  Saturn will be in Libra through October of 2012. 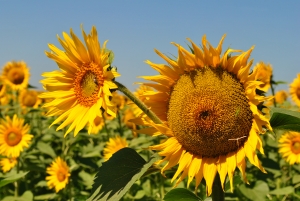