“Were it not for the leaping and twinkling of the soul, man would rot away in his greatest passion, idleness.” – Carl Jung

On this second Thursday of January, perceived energy dynamo Mars – which is also thought to signify motivation, assertion, and aggression – finally stations direct in the communication and travel sign of Gemini today, at 8 degrees (3:56 pm) – after a more than two-month retrograde cycle which began on October 30th.

Too, if you remember, it was also around that same time – October 27th, to be precise – that Elon Musk acquired the social media platform Twitter for $44 billion. (Most definitely, lots of wild twists and turns with that one!)

Also, yesterday’s massive FAA computer system outage that temporarily brought nearly all air travel to a total halt in the US was occurring at the same time mover and shaker Mars was pretty much motionless in the sky, ahead of today’s official direct stationing. Perhaps also symbolizing a final bit of icing on the Mars Rx-Mercury Rx double-layer cake! 🙂

So anyway, the bright hope today among many stargazers such as myself, is that with galvanizing Mars seemingly springing into direct motion again we will also, likewise, reclaim the spring in our step, in the days and weeks ahead (Mars will be in its shadow until mid-March) – assuming we have lost it, of course, in the first place – and go on to resume doing even greater things in the world, with the Mars Rx phase theoretically marking a pause period when we were, more or less, rethinking, redoing, overhauling many of our dashing Fred Astaire and Ginger Rogers dance steps in our already very crammed-full heads (thanks, in part, to all the Mars in Gemini heightened cognitive activity!)

Too, at the risk of becoming kind of misty-eyed here – even those of us with two left feet – are even beginning to feel a bit more optimistic now about the promising possibilities ahead. Just have to take down Mercury Rx in Capricorn on the 18th and we will pretty much be all set! One down, one to go! 🙂

Born On This Day: Swami Vivekananda (born Narendranath Datta), an Indian Hindu monk, philosopher, author, religious teacher, and the chief disciple of the Indian mystic Ramakrishna. He was a key figure in the introduction of Vedanta and Yoga to the Western world; and is credited with raising interfaith awareness and bringing Hinduism to the status of a major world religion (Wikipedia):

“All the powers in the universe are already ours.” 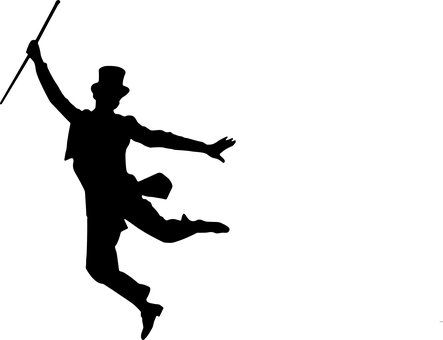