Venus conjunct Pluto in Capricorn (12:25 am) – Helps us to feel things with greater passion or intensity. Sometimes it can feel a little bit like a soap opera playing out, relationship-wise, with some elements of jealousy or possessiveness threaded through it, although with this aspect occurring in more constrained Capricorn – where outward appearances matter very much – this may be less the case.

Also, for those of us in the eastern time zone of the US, this is the very first aspect of the new year, so we maybe have to be wondering what kind of symbolism, if any, it is sending about the overall nature of 2023? Could it possibly be we need to hire a Hollywood agent, this year, and audition for a role on The Young and Restless? Too, I am personally wondering, do they even allow old and restless people (like myself) on to that set – or are we simply going to be limited to playing the bit part ‘greeter roles’ at Walmart for the rest of our lives?

Taurus Moon trine Capricorn Sun (8:42 am) – Anyway – on paper today, at least – it looks like we are poised to start the new year off on solid footing this morning – once we can motivate ourselves to get out from under the steamy Venus-Pluto sheets! This Moon-Sun trine, in earth signs, is excellent grounding energy. Too, depending on how much partying we did last night, it usually is ideal for such activities as planning, budget-crunching, and getting organized. Capricorn Sun native, Benjamin Franklin, once said, “If you fail to plan, you are planning to fail.” No doubt, too, if ole’ Ben were still alive today, he would be busy cavorting with Mercury Rx in Capricorn now and they would both be tallying up all the liquor receipts from NYE.

Taurus Moon conjunct Uranus Rx (4:52 pm) – Of course, all of this record-keeping stuff will likely have to come to a screeching halt once rogue Uranus puts in his disheveled appearance. There’s no telling where he has stashed his bitcoin receipts and Sam Bankman-Fried won’t pony up. 🙂

Hoover built the FBI into a larger crime-fighting agency than it was at its inception and instituted a number of modernizations to police technology, such as a centralized fingerprint file and forensic laboratories. Hoover also established and expanded a national blacklist, referred to as the FBI Index or Index List. Later in life and after his death, Hoover became a controversial figure as evidence of his secretive abuses of power began to surface (of course, some might also say that this same sort of thing is still going on at the FBI). Wikipedia

“When morals decline and good men do nothing, evil flourishes.” – J. Edgar Hoover

On that cheery note, would like to wish everyone a “Happy New Year!” Hope that you prosper and enjoy good health in 2023. I appreciate your stopping by. 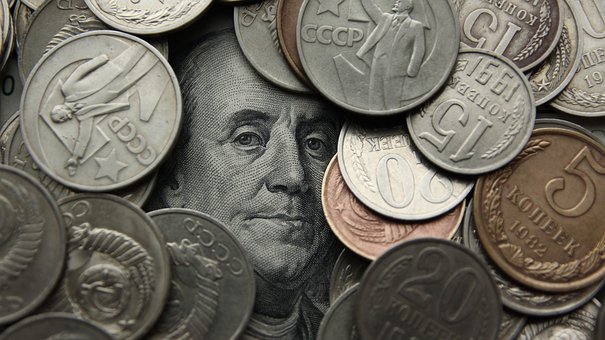