“One mustn’t close one’s eyes to difficulty and shortcomings; the more one recognizes them, the less they upset one.” – Pierre Teilhard de Chardin

Sun in Capricorn square Chiron in Aries (11:01 am) – Wouldn’t you know it, here we are in just day two of 2023 and some of us – perhaps many of us – are already clamoring for a do-over of New Year’s Eve – including presumably CNN host Don Lemon who reportedly completely missed the clock striking midnight in New Orleans, tossing out beads to the crowd as the band played “Back That Azz Up.” That’s got to be a tough, painful one to have to try and live down on live TV!

Fortunately, though, due to very low ratings and overall declining network viewership, only five people were actually watching CNN at the time (which, coincidentally, is also roughly the same number of people who read this blog daily) so Lemon will likely live to see the light of yet, another day, in his prestigious anchor job at the network.

Too, in total fairness, the mishap was supposedly caused by Lemon having technical difficulty with his earpiece and he could not hear what the producer was saying to him; of course, that is also the official network spin. Those of us in the ‘cosmic know’ understand that the screw-up was really more likely due to something much more substantive and dire: the double-whammy of both intellectual Mercury Rx in corporate Capricorn – the sign that symbolically rules hearing, earpieces, and time itself – and mover and shaker Mars Rx in fidgety Gemini, the sign which is thought to govern, among other things, the various on-air antics of reporters or TV spokespersons.

The Sun-Chiron square staring us down this morning can sometimes, temporarily, throw us off our game a bit as it potentially lines up with many of our perceived vulnerabilities, blunders, missteps, etc. to seemingly create a perfect storm of inner discontent or angst. We are perhaps somewhat making light of it now here, but this can be a more challenging aspect to navigate because it can sometimes lead us to seriously second-guessing or doubting ourselves; at least, that is, until we maybe have had enough of all the wallowing and then start looking for a good exit strategy to help get us back on track. For me, that’s usually humor or engaging in self-deprecation. Along with publicly cursing the stars. 🙂 Too, sometimes when we get bummed out with this aspect, it is because we are maybe trying to do too much, and we just need a break to regroup our energies.

Venus enters non-conforming Aquarius (9:09 pm) – This costume change for the planet of love, beauty, and fashion is one that many aging baby boomers – pining fondly for their former psychedelic hippie days of the late 1960s – especially look forward to every year as they get to haul out from storage their old bellbottoms, miniskirts, and tie-dyed t-shirts. Better yet, if some of them can also get a chance – during this Venus transit – to thrillingly throw some of these personal items up on stage when fellow boomer, Rolling Stone Mick Jagger, is performing ‘Satisfaction’ for the millionth time somewhere; probably at an old honkey-tonk in rural Kansas or something.

Anyway, Venus will be roaming around wild and free, in quirky Aquarius, until January 26th, so, again, don’t be surprised if you see scores of old people aimlessly walking around holding up protest signs, until then, that reminiscently say: “Free love.” “Make love, not war.” Too, probably the best astrology advice that I could give all of you here is to do whatever you can to avoid their spaced-out gazes, if at all possible. That’s really important. But, if you can’t, then just try to do your best to humor them as much as possible, knowing that many of them are also probably experiencing an LSD flashback or something. Also possibly tell them that you, too, were opposed to the Vietnam War, at the time – even though you maybe were not even around then. It doesn’t matter. Too, January 26th will be here before we know it!

“We’re all familiar with the Hippie dress code. Long hair, beards, psychedelic colours, sandals, lots of beads, and the women could often be seen wearing long, flowery granny dresses. So much so in fact that it became a uniform. Hippies rebelled so much against inflexible dress codes that eventually they created their own rigid styles.” – Karl Wiggins, Wrong Planet – Searching for your Tribe. 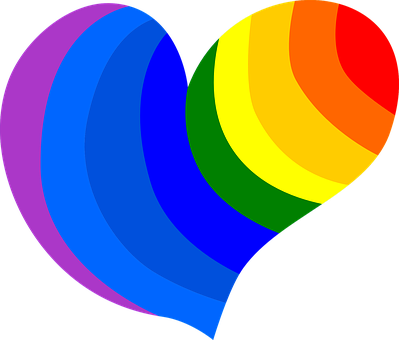