(Mercury Retrograde in Scorpio Sextiles Pluto in Capricorn, at 20 degrees, at 9:09 pm EST)

Usually, when we review or revisit something, we come across a detail or two that we may have initially skipped or missed, that potentially ends up having quite an impact on matters. That could also possibly be the case today as cerebral Mercury retrograde sextiles perceptive Pluto again, an aspect that first occurred around October 18th, when the Winged Messenger was still in direct motion. So we may want to check back to that same time period again, to what we were perhaps discussing or thinking about, and see if there’s a possible parallel to what’s grabbing our attention in the present moment. It could very well be that during this second go-round now, some important data or information jumps out to us that we originally didn’t see, or maybe failed to understand, or it could also be that the information may have even initially been hidden or concealed from us and only now, is it coming to light, giving us a new take or slant on things. (Mercury, in direct motion, will also make this same sextile aspect to Pluto a third, and final time, on December 3rd, when there should be a conclusion or final answer to the matter.)

Too, with Mercury retrograding in secretive Scorpio, information tends to be generally coded or shrouded in multiple layers, to begin with, and the truth is often only finally derived as a consequence of digging deep and not letting go until we have exactly what we need. Kind of like a dog with a bone, who won’t let go of it.

It’s also an excellent time to study something that has, perhaps, always intrigued or fascinated us, especially on a gut level, even though our conscious awareness may not know exactly why this is the case. Sort of like our (Pluto-ruled) unconscious is pointing us in a direction, for a certain reason, only to be made clear to us, later. It could be we have some unfinished business to take care of around the subject.

Additionally, Mercury-Pluto can be a time when others are more inclined to listen to us or take to heart what we’re saying. Our words may carry more power or impact now.

On This Day in History: On November 9, 1966, John Lennon meets Yoko Ono at an avante-garde art exposition at Indica Gallery in London.

Astrologically, that day, the cosmic lovers – Venus and Mars – were exactly sextile in the heavens, an aspect traditionally regarded as an ideal time for a budding romance. Relationship Venus was also conjunct both the empowering Sun and dreamy, glamorizing Neptune, in sexy Scorpio, suggesting a tendency to idolize or idealize our lovers.

“As usual, there is a great woman behind every idiot.” John Lennon 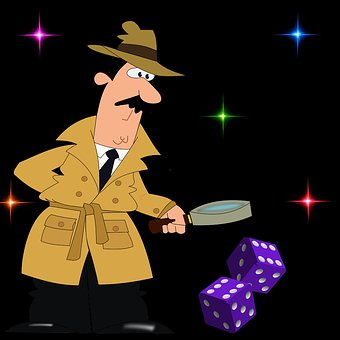