“Our feelings are our most genuine paths to knowledge.” Audre Lorde

Having a serious heart-to-heart with someone may very well be in the cards now as conversationalist Mercury, in feelings-oriented Cancer, trines expansive Jupiter Rx in soulful, empathic Pisces (at 3:45 pm). An excellent planetary aspect to work through emotions and attempt to build or restore trust. Mercury trine Jupiter naturally supports the flow of communication and can also help to elevate our understanding and broaden our outlook. It is also an influence that is commonly associated with cheerfulness, optimism, and humor.

The Waxing Moon remains in colorful Leo today with morning conjunctions to both Venus and Mars, the cosmic pair of lovers! These two planets will be exactly conjunct in the sky, tomorrow morning.

“Never close your lips to those whom you have already opened your heart.” Charles Dickens

On This Day in History: On July 12, 1984, Democratic presidential candidate Walter F. Mondale put forward congresswoman Geraldine Ferraro of New York as his running mate, making her the first woman ever nominated for vice president by a major U.S. political party. Ferraro called the historic choice a “powerful signal” to all Americans. During her acceptance speech, a week later, Ferraro said, “There are no doors we cannot unlock. We will place no limits on achievement. If we can do this, we can do anything.” (History.com/geraldineferraro)

Astrologically, on July 12, 1984, decision-maker Mercury, in commanding Leo, was exactly trine to progressive Uranus, which was in inclusion-minded, politically-oriented Sagittarius.  Also, that day, Venus (ruling women) was separating from a wide conjunction with the empowering Cancer Sun and applying (two degrees) to an exact square (a tension aspect) to transforming Pluto in matrimonial Libra.

Shortly after Ferraro’s VP nomination, questions started to emerge about some of her husband’s prior financial dealings (possible impact of the Venus-Pluto aspect?). This matter would end up being a rather thorny issue that some say detracted from the presidential ticket. That November, Mondale would lose to Ronald Reagan in a landslide. Later on, in the 1990s, Ferraro would serve for three years as the Ambassador to the United Nations Commission on Human Rights during the Clinton administration. (Wikipedia) 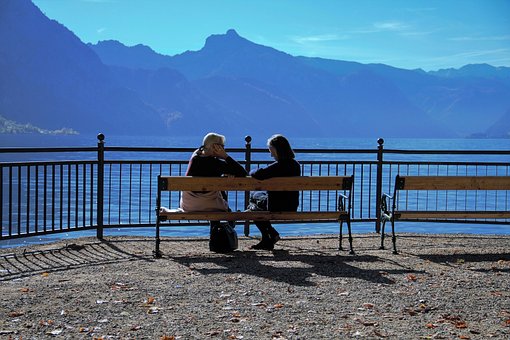