On This Day In History: 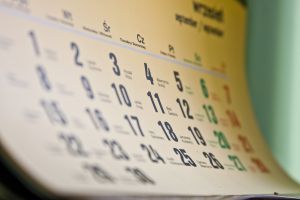 On October 13, 1988, the “Shroud of Turin,” a linen cloth depicting the image of a man who looks to have sustained injuries, consistent with a crucifixion, that some also believe is the image of Jesus Christ at the time of his burial, is shown by carbon-testing to “be a fake” from the Middle Ages. However, to this day, the matter is still mired in much controversy. Some critics contend that the samples used for the testing were not typical of the entire shroud.

Fascinatingly, on this date, Communicator and News Reporter Mercury was retrograde in Libra and, as many of us know, information received under a retrograde Mercury can be revised or subject to change later.

Also, much more central to the matter here, is Traditionalist Saturn’s exact conjunction with Discovery Uranus at 27 degrees of Sagittarius.  Sagittarius is a sign associated with formal doctrine and religion.  Uranus rules modern science and testing (the carbon-testing), and Saturn represents the established form and structure in our lives, which in this case, would symbolize the common perception about the Shroud of Turin.

With Saturn-Uranus, which is a very powerful aspect, there can be a “sudden attack or jolt” (Uranus) to the foundational fabric of our lives (Saturn).  Uranus perennially acts like a “bolt of lightning” out of the blue. Since the sign of Sagittarius is also involved here, this new emergence was felt in the area of conventional religion.

Additionally, the transiting North Node of the Moon was at 11 degrees of Pisces, the sign of mysticism and spiritually, and exactly trine to transformer Pluto at 11 degrees of Scorpio, the sign that deals with the mysteries of life, death, and rebirth (or resurrection).

Pluto acts in such a way to shine a flashlight into a cave. We glean a new consciousness or awareness of what was previously hidden or obscured from view. Pluto also rules death and the Shroud of Turin depicts images of someone who likely died from being crucified.  The North Node of the Moon is often thought to play a part in our karmic and spiritual evolution. With the North Node-Pluto influence we were seeing the Shroud in a “new light.”

Also, the transiting South Node of the Moon at 11 degrees of Analytical Virgo was exactly conjunct Venus, with Venus ruling objects that we love and value. Venus could also be representative of the Shroud or cloth itself, a material item of the past (South Node rules the past), being put “under the Virgo microscope” for further study and digestion.

The Catholic Church is the owner of the Shroud of Turin. The cloth is currently stored in the Cappella della Santa Sindone (the chapel of the Holy Shroud) in the Duomo di San Giovanni. It is only displayed every 25 years, due to the fragile nature of the cloth. It will not be displayed again until 2025, although there is a replica of it available for viewing. 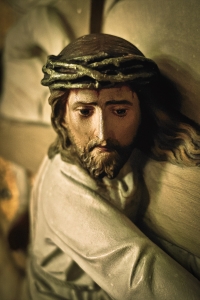