It’s Chelsea Clinton’s “Fairy Tale Wedding Day.”  But, what does the nervous “Father of the Bride,” Bill Clinton, a Leo, have in his horoscope today?

How about the transiting Energizing Mars and Karma Lord Saturn conjoined in marital Libra close to an exact conjunction to his personable Libra Ascendant, which governs both physical appearance and new beginnings. Definitely a time of stepped up, major life activity!

Too, if you have seen President Clinton lately, he is also sporting a “slimmed-down” version of himself, most likely a byproduct of Saturn on the Ascendant, as Saturn tends to help us stick to a diet and lose weight. Saturn is associated with self-discipline and weight loss, epitomizing as it does the, “less is more” philosophy.

Chelsea had also reportedly told her dad a few months ago that she wanted him to “shed a few pounds,” so as to look good “walking her down the aisle,” something that this very proud, doting Leo dad was apparently all too happy to oblige. Tonight, the CBS Evening News reported that Clinton has lost twenty pounds. 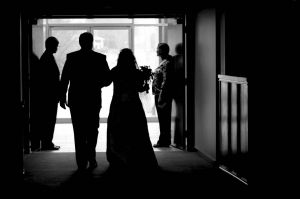 Both Mars and Saturn are also sextile to his natal Saturn in Leo today, with Leo ruling the sign of children. When one’s natal Saturn is harmoniously activated, as it is in this case, we are often rewarded and paid back handsomely for our past good deeds and actions.  Saturn pertains to the structures that we have carefully erected over time and in Clinton’s horoscope Saturn rules his fourth house of the home and family, so he is being cosmically “patted on the back” for the efforts he has expended in the past to be a loving father.

But, not to be remiss, Hillary Clinton, a Scorpio, and the proud “Mother of the Bride,” and the current U.S. Secretary of State, has lucky, expansive Jupiter closely conjunct her fifth house of children, traditionally a time when there is burgeoning new opportunity and success for matters of one’s own offspring, as well as a sense of deep personal satisfaction and pleasure derided from one’s own relationship to them.

Additionally, Hillary has both transiting Jupiter and Change Agent Uranus near her fifth house of children trine to her natal Jupiter, in optimistic Sagittarius, which is in her first house of new starts. A very exciting and memorable time in life in which one often sees a new reality ushered in pertaining to home and family matters. Both Mars and Saturn in nuptials Libra today are also exactly sextiling Hillary’s Jupiter, from the eleventh house of her chart, the sector in the horoscope that deals with actualizing one’s hopes and wishes.