Cosmic Word Or The Day: Undercover

Undercover: 1) working or done out of public sight; secret 2) engaged in spying or securing confidential information

“Beware of strangers in trench coats looking through binoculars today. And we’re not just talking about undercover aides to Hillary Clinton here. Mental Mercury, ruling news and communication, is conjoined both ‘master spy agent’ Pluto and the North Node in bureaucratic Capricorn (8:15 pm EST). No telling what kind of covert plots may be unearthed.  Of course, we have already had quite a few revelations, the past few days, with Pluto conjunct the North Node and Adventurous Mars in truth-seeking Sagittarius square Jupiter and Uranus. Could be, too, that WikiLeaks finds out and releases Bill Clinton‘s shoe size or Sarah Palin‘s dental records.

With Mercury-Pluto we are more privy to finding out juicy secrets and there can be breakthrough “Clousteau-type” investigations. It is a great aspect for research. We often hear about “historic firsts” with this influence. Pluto also rules taxes and debt, and a discussion of those issues are now front and center today on Capitol Hill.

Liberating, Tech-Ruling Uranus also goes direct in Mystical, Creative Pisces (8:51 pm EST) where it will stay until March 2011. With Uranus in forward motion again, it could be that we are able to progress further along our spiritual paths, the next few months, and that our personal creativity also gets boosted.

Historically, on a collective level, the last time Uranus turned direct in Pisces before entering Aries for 7 years, which was back in December of 1927, the co-founder of Intel, Robert Norce, was born.  Norce is credited with the invention of the integrated circuit or microchip, along with Jack Kilby. Definitely an invention that moved the world forward in an accelerated way. Uranus is synonymous with radical change.

Additionally, we have a New Moon in ‘yes we can’ Sagittarius (12:37 pm EST). We have ‘vision’ now, but, for some reason, we still can’t come up with the winning lotto numbers. Why is that? 🙂

“Will you walk into my parlor?” said the spider to the Fly; “Tis the prettiest little parlor that ever you did spy.” Mary Howitt 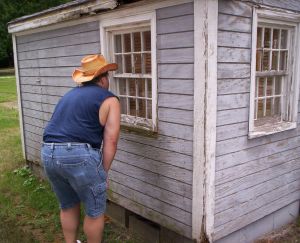