The Moon continues in “There’s No Place Like Home” Cancer making “Dorothy in Oz” one happy little munchkin. The “Cook-Happy” Cancer Moon also throws harmonious trines to “Good Witch” Jupiter (10:28 am EDT) and “Wizard” Uranus (3:49 pm EDT) in “Fantasy-Prone” Pisces, giving us an itch to perhaps add some dreamy “rainbow sherbet” to the menu, for a change of pace.

Later on, the Moon roars into “Warmhearted” Leo (8:39 pm EDT). Even the “Cowardly Lion” begins to purr.

Quote for the day:

“I long, as does every human being, to be at home wherever I find myself.” Maya Angelou

On This Date in history:

On October 29, 1966 the National Organization of Women (NOW) was founded. Traditionalist Saturn was in Pisces, a sign that denotes the downtrodden and disenfranchised elements of a society. Saturn was in a tight opposition to Empowering, Equality-Ruling Uranus in Abilities and Skills Virgo.

With Saturn opposite Uranus, we had a symbolic pitting of “the old” (Saturn) against “the new” (Uranus). Rebel Uranus in Service-Oriented Virgo was perhaps suggesting here that we should “equalize our roles of service,” “level the playing field.” Allow and empower individuals (women) to “serve” in new ways.

Protocol Minded Saturn, in Ego-Denying Pisces, was also possibly generating awareness of how the established rules (Saturn), over the years, had served to imprison and deny (Pisces) free expression (Uranus) to part of the populace.

Venus, ruling women, was in Regenerating Scorpio (redefining women) and exactly square to Expansive Jupiter in Self-Expressive Leo. As an organization, NOW immediately captured the spotlight (Leo) and had major (Jupiter) transformational impact on shaping women’s behavior and self-expression.

With Venus-Jupiter, too, we sometimes “go overboard” or “get carried away” in our desires. Those critical of NOW may say that, that has also been the case, that there has always been too much “zealotry” (Jupiter) with respect to the agenda and leadership (Leo) of the organization.

The Feminine Moon was also in Stabilizing and Steady Taurus, and involved in a Fixed T-Square to both Venus and Jupiter, making for more of an “uncompromising” emotional energy that is not known for “letting go.” Adding perhaps even more resolve and determination to the NOW organization and its operational principles. 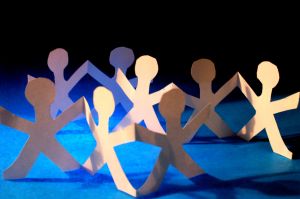