“If you want to make the world a better place, take a look at yourself, then make a change.” Michael Jackson 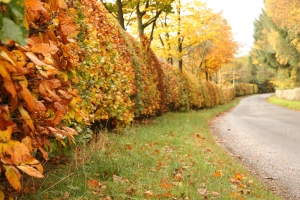 A rare convergence of potent, transforming energies engulfs us now. “Visionary” Jupiter exactly conjoins Uranus, the planet of “Sudden Breakthrough Awareness.” This conjunction is occurring in Compassionate Pisces, the last sign of the zodiac, associated with Idealism and wanting to forge a “link with the Divine.”

(Interesting, too, with this more potentially “spiritually-illuminating” aspect, we have Pope Benedict in the UK now, attempting to perhaps “revitalize and inject new interest” (Uranus) in the Church’s teachings there. Fascinatingly, the Pope also has this very same “Jupiter-Uranus conjunction” falling exactly on his “Mental” Mercury in Pisces now, in his personal horoscope, so potentially, it’s a very “consciousness-raising” time for him, as well.  A period when he is much more inclined to gravitate towards accepting and implementing “new ideas, new approaches,” especially in matters pertaining to his faith (Pisces).  He may also be articulating his beliefs and views in far different ways than he has ever done in the past. Uranus often makes us “break with the past” and even take “radical stands” in wake of “an epiphany of new understanding.” That is how Uranus works.  It delivers “sudden” new insights. This “Jupiter-Uranus conjunction to his Mercury” is also occurring in the Pope’s first house of “new beginnings” having a direct impact on his personality and outlook on life.”)

Simultaneously, with this “enlightening” Jupiter-Uranus aspect, we have “Activator” Mars in “Regenerating, Healing” Scorpio throwing a Spellbinding Sextile to Scorpio’s Mysterious co-ruler, Pluto, which represents all that is “hidden from view.”  Mars is symbolically engaging Pluto to “show its hand.” Reveal the cards that its playing. That may also be the case with us now: We may want to “come clean,” so to speak. Spill our contents. Empty or purge ourselves of “emotional baggage” that we have been carrying around, for far too long, that has been weighing us down and making us immobile.  It’s a perfect time to compassionately “engage the person we see before us in the mirror” and ask him or her, “Are you ready to make a change? Are you ready to put down those bags and walk away and begin a new life?” Surrendering the past is never easy, but it’s also important to note that “letting go” is a “natural process that affords us the chance for “new experiences,” “new growth” in the future.

Also, the Moon’s entrance today into “Futuristic Aquarius” (3:35 am EDT) also serves as an ally here to help us “close the door on the past” and “open up a new door” to hopefully a happier, “freer” way of being because we have released what we no longer need. We now have more room for “new wine” in our vessels.

Personally, I am working in my “neglected” yard today. Raking up the dead (Scorpio) leaves. Picking up acorns. Getting the lawn ready to be “aerated” and “seeded with new life” tomorrow. A very “Mars-Pluto” transformational activity.

In the News: The mother of the late Michael Jackson, Katherine Jackson, reportedly sued AEG Live on Wednesday, the entertainment company that was behind the “comeback concert series” Michael was planning at the time of his death. According to reports, the lawsuit claims, among other things, that AEG Live “didn’t provide the proper medical care” for her son.

Too, with “Mars-Neptune,” there can be a “lifting of the veil,” a “piercing (Mars) through the illusion (Neptune),” “a levied attack (Mars) against confusion (Neptune).” And, of course, Mrs. Jackson, is also, no doubt, continuing to want resolution and healing for herself and her family from the destabilizing “Neptunian agony” of Michael’s death under “unclear circumstances.” The family has been through so much sorrow here. Also, she is certainly seeking “justice” for Michael, with her lawsuit. So we see the “Mars-Neptune” conjunction in Michael’s chart, this week, in death-ruling Scorpio, has served to aggressively (Mars) re-open the matter of the “strange situational elements” (Neptune) surrounding his death (Scorpio).  (Neptune also rules drugs.)

Michael died under the transiting “Jupiter and Neptune” conjunction in Aquarius, which, on the shadow side, can create an abundance (Jupiter) of confusion, illusion, and deception. This is because Jupiter “magnifies” everything it touches and conjoined with “subterfuge” Neptune, it can create situations that are hard to navigate or “see clearly through,” as Neptune ‘s ray “fogs everything up.”