“When love is not madness, it is not love.” Pedro Calderon de la Barca 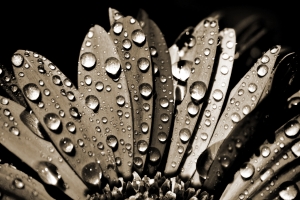 It’s day two of the “Major Sexy” Scorpio Moon (Scorpio rules sex). “Love Diva” Venus, is also hot and bothered in this same sign, and is helping to fan the mighty flames of passion by sextiling (really, what else is there for the poor girl to do here?) the “Sex-Crazed” Pluto in “I’m So Tired of Working All The Time” Capricorn, so instead, darlin’, “Lets get it on!”

Meanwhile, “Mental” Mercury is stationing direct in “Virginal” Virgo, after its three week, involuntary, “leave of absence” retrograde period that few are talking about openly, but behind the scenes, there’s still a lot of whispering going on and speculation about why Mercury had to take the sudden leave.

Mercury, however, is still finding it very difficult to function properly today, and now it’s mainly because of its wide trine to “Sex-Crazed” Pluto, which is generating all kinds of non-stop, erogenous thoughts about “virgins,” that we better not discuss here.

Sex, sex, sex!  It’s what’s happening now, with the passionate Scorpio Moon and the intense Venus-Pluto “sextile” relationship. Sex can really change and transform our lives now. It can take us to places we’ve never been to before, including the floorboards of semi tractor trailers!

Since Scorpio also rules “the afterlife,” and Pluto also co-rules Scorpio, for those of us who maybe don’t have anyone “in the flesh” to “get physical with,” we may want to consider becoming “intimate” with a “spirit” tonight. We do need to be careful, however, because if the spirit “falls for us,” they may want us to permanently “join them,” which could prove somewhat problematic for those of us “not quite ready to leave here” just yet.

Born on this day: Beloved singer “Barry White” was born September 12, 1944. Barry was born with “Love Goddess” Venus tightly conjunct “Passion King” Mars in Romantic Libra. This “sexiest of all aspects” was also sextile to “Intensely Passionate” Pluto in Entertaining Leo, which is perhaps why Barry was able to powerfully connect with and communicate to “the masses” the keen passion that he was torrentially feeling “in the depths of his soul.” (Pluto rules “the masses” and “mass appeal.”)

With Barry’s Sun and Mercury in Virgo (like today), and his Moon in a water sign (Nurturing Cancer), a lot of the “similar type” cosmic energy that Barry was born with, is also permeating the ether today. Including, Venus conjunct Mars now (but in an “out of sign conjunction”) and Venus and Mars are both sextile Mesmerizing Pluto.

“There’s people making babies to my music.  That’s nice!” Barry White. (Also a cool tie in with Barry’s “familial-minded” Cancer Moon. No telling how many babies his music “helped to father.”)

Miss you, Barry.  And, Marvin. 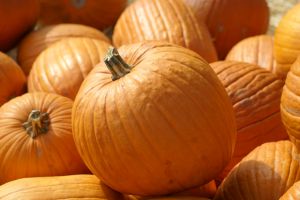 Marvin Gaye Lets Get It On YouTube Video Lyrics kittiechatt11